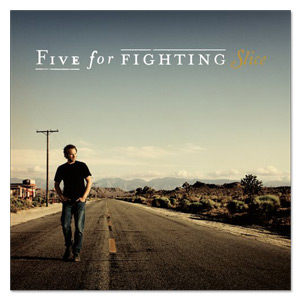 Recommended show: Five For Fighting and Angel Taylor – Thursday at The Crocodile

Grammy-nominated singer/songwriter John Ondrasik (who performs under the stage name Five For Fighting) will be playing an intimate acoustic set at The Crocodile this Thursday at 7 PM.  The show is part of a 14-city tour in support of his latest studio release, Slice.

Opening the show will be fellow labelmate Angel Taylor, who has garnered rave reviews for her debut record, Love Travels.  Make sure to get there early and catch this amazing 21 year-old singer/songwriter who Billboard has named one of their “15 Artists to Watch in 2009.”

UPDATE: The show has been canceled. John Ondrasik wrote on Twitter this morning that his voice is gone. Presumably, refunds will available at point of purchase.