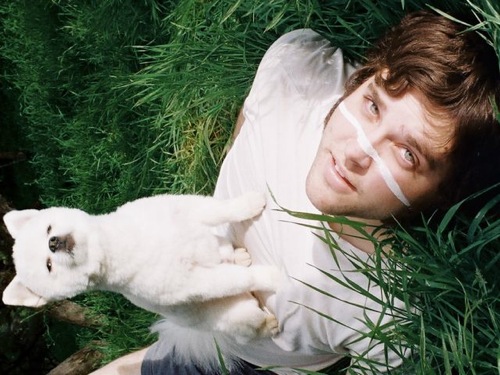 When computers acquire the ability to experience emotions, they just might come to consider Will Wiesenfeld a kindred spirit. If you’re a member of the ever-decreasing choir of those who find electronic music to be inherently cold and sterile, Baths offer up a soothing remedy.  The latest moniker of the LA-based Wiesenfeld (formerly of [Post Foetus]), Baths’ debut Cerulean is wrapped in more warmth than the entire catalogues of most so-called traditional performers. Fewer anywhere couple stellar beat-making with such potent, emotive songwriting chops. Baths aim to please visually as well, proven by the shockingly beautiful video for “Lovely Bloodflow.”

Though he has yet to be name-checked in any recent Radiohead singles (a la Flying Lotus), the future is undeniably bright for the 21-year-old prodigy.  Whether you label it hip-hop, glitch, glo-fi or something altogether different, Baths succeed in moving both body AND mind. And whether you’re dealing with guitars or samplers, isn’t that all any of us really need? Head to Chop Suey on Tuesday, 3/1 to see for yourself.