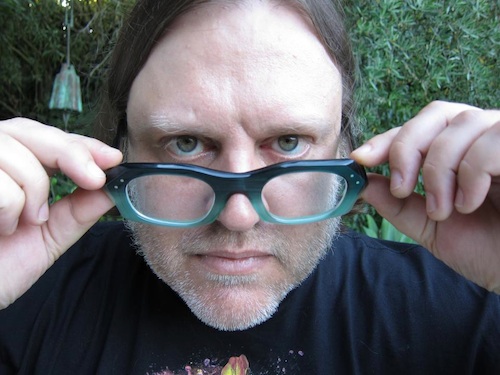 If you listened to radio at all in the 90s, you couldn't escape hearing Matthew Sweet's swirling guitar-filled, gets-stuck-in-your-head, bouncy hit "Girlfriend". And if you were a genuine power pop lover, you toted around the Girlfriend album like it was pure gold, shuffling the tape or CD from your car to your boom box, sticking a song from it on every mix you made, and stashing your vinyl safely in a plastic sleeve, to make sure it stayed pristine and unscratched for listening parties. 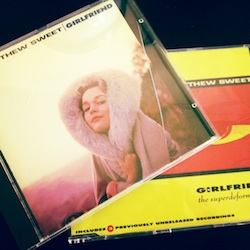 Lucky for those of us that are Girlfriend aficionados, Matthew Sweet is touring for the 20th Anniversary (WHAT), and is making a stop at The Triple Door for two nights of playing Girlfriend in its entirety. Oh, the nostalgic 90s bliss that will ensue during those two nights! Can you imagine the amount of drool on the floor that will be left from power pop enthusiasts? I can. And I bet the Triple Door can too, which is why there were super smart to book him for two shows.

Due to some divine intervention (ha!), I'll be at the Wednesday night show, imagining the way I used to gaze lovingly at young Matthew’s photo on the inside of the CD cover and hope he was talking to me when he sang, “I hear you’re looking for someone to love”, and preparing my ears for his sweet, sweet (double ha!) vocals. And! We have a pair of tix to giveaway to it too! Wanna go see Matthew on 4/25? Send an email to tig {at} threeimaginarygirls {dot} com sometime between now and the end of the day Friday {4/20}, with the subject line "Evangeline". We'll pick a winner and notify you over that weekend that you're on the list +1.

My Girlfriend CD and remixed single (pictured above, right) are a little worse for wear, but this girl can still swoon over Matthew Sweet — even 20+ years later.