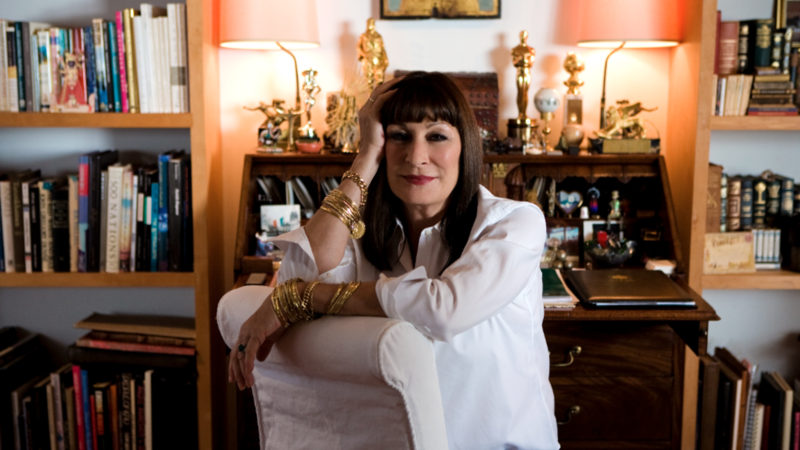 I’ll just come right out and say it: Anjelica Huston is a Goddess and every single role she’s ever played has been AMAZING.

I mean: Morticia Addams, Lily Dillon, Etheline Tennenbaum, Eleanor Zissou, Eileen Rand {yes, I’m a SMASH fan—come at me}, Vicki on Transparent! TOO MANY OTHERS TO NAME. Every time I see this woman on screen, it makes me so happy.

That’s why I was freaking the F out when SIFF announced they were presenting Huston with the Seattle International Film Festival Award for Outstanding Achievement in Acting, and I knew I’d get to see her doing an on stage interview which I know will be the greatest ever.

If you feel similarly {and WHY wouldn’t you?}, get you a ticket to the Anjelica Huston: Tribute Event this Wednesday! Clips from Huston’s career; the presentation of her award; an on stage interview; and a screening of her latest movie Trouble. $50 {$45 for SIFF members} and totally, totally, totally worth it.

And if you really want to fancy it up, get yourself the full VIP experience for $150, which includes an exclusive reception with Anjelica Huston before the film with snacks, wines, and beers. ARE YOU KIDDING ME?!?! I have never wanted to go to any VIP experience so much in my entire life…

In honor of Huston’s awesomeness, SIFF will also screen Stephen Frears’ brilliant The Grifters just before the Tribute at 4pm {bag of oranges + pillowcase = nightmares for LIFE} and The Witches at 1:30pm on Saturday, June 7 {don’t kill me, but I think this is WAYYYYY better than Hocus Pocus, friends. Way. Better.}