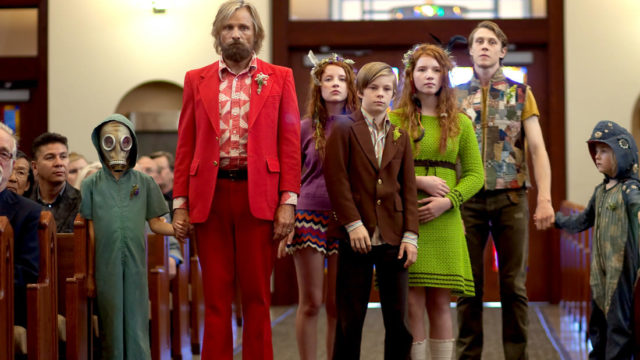 Closing weekend of SIFF 2016 (What? ALREADY?) brings us A Tribute to Viggo Mortensen: a conversation with Viggo on stage at the Egyptian, followed by a screening of his latest film, Captain Fantastic. Along with Viggo (DUH), Director Matt Ross and Producer Lynette Howell Taylor are scheduled to attend.

I bought my tickets almost as soon as they announced, because 1) VIGGO and 2) Tributes are my very favorite part of the festival. Mortensen is one the best actors, ever — his ability to chameleon himself into whatever character is needed is fucking amazing — and he also happens to be devastatingly handsome. I can’t wait to hear the collective audience sighs every time he says something adorable (or just something) Saturday afternoon.

A Tribute to Viggo Mortensen is this Saturday, June 11, 1:30pm, at SIFF Cinema Egyptian — regular tickets are on standby, but if you REALLY want it you can still grab fancy VIP tickets for $150 which include a reception at the Alexis Hotel catered by Bookstore Bar & Cafe’s James Beard Award-winner, Chef Caprial Pence and featuring wines provided by Chateau Ste. Michelle Estates.

Because SIFF is awesome, they also programmed screenings around the Tribute that feature some of Viggo’s most outstanding roles, including Eastern Promises, which in my opinion is one of the most insane movies David Cronenberg has ever directed. And that’s saying a lot, given Cronenberg’s filmography. Viggo plays a hardcore “cleaner” for Russian gangsters, and, uh, he takes his job very seriously. Violence, intrigue, and some amazing scenes with Mortensen and Naomi Watts make this one a must-see. {Eastern Promises screens Friday, June 10, 9:30pm at SIFF Cinema Uptown}

OBVS. SIFF had to include The Lord of the Rings: The Return of the King in the line-up, since this is the movie where Viggo basically plays the most perfect male specimen ever born. He’s courageous, and chivalrous, handsome as fuck, plus somehow tough and gentle at the same time. Man, can this guy ride a horse and wield a sword. And I MEAN. Just. Look. At him. Sure, the movie’s great too. But. JUST LOOK AT HIM.

For anyone that doesn’t know (who doesn’t know this?) The Return of the King is the third film in Peter Jackson’s Lord of the Rings opus. In which Elves, Orcs, Dwarves, Hobbits(es), and Men battle it out while Frodo & Sam do that very important thing with that all powerful ring. It also has like eight endings, but I’ll forgive that because … reasons. {The Lord of the Rings: The Return of the King screens on Saturday, June 11, 11:30pm at SIFF Cinema Egyptian}

And of course, there’s A Walk on the Moon: the movie that caused an entire generation of women to pine for “the blouse man.” There’s more to it than that, for sure: Diane Lane trying to figure her shit out, tiny Anna Pacquin being pissed off at her all the time, Liev Schreiber yelling a lot … plus, Woodstock, the moon landing and some other important stuff … I don’t know. It’s good! GO see it.  {A Walk on the Moon screens Sunday, June 12, 11am at SIFF Cinema Uptown}