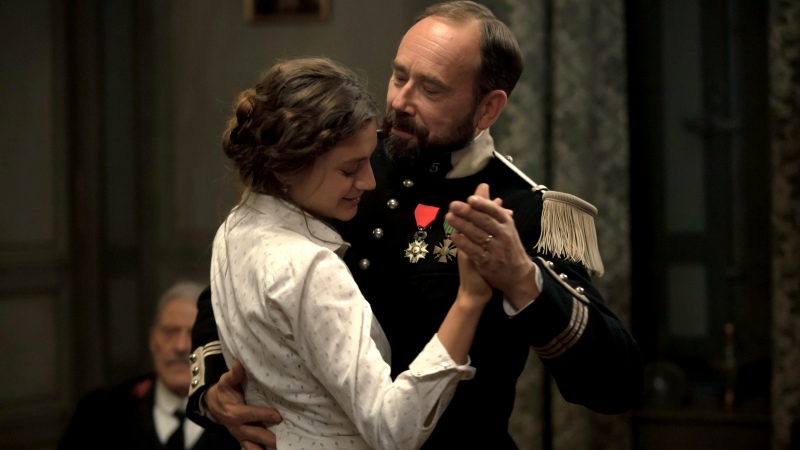 Good news, procrastinators: there’s still time to do something about your SIFF-slacking ways. The coming weekend offers your final chances to partake in this year’s local cinema binge-a-thon… until the best-of-fest program rolls around next weekend at the Uptown. (I’ll of course preview that for you after the festival prizes are announced and the lineup is determined.)

In the meantime, latter-day SIFF offers up much goodness. I can’t really say the festival programmers have saved the best for last, but there are still plenty of cinematic treats readily available for multiple movie-lovin’ palates.

The Coop
{World Premiere. 6/11 8p Uptown; 6/12 11a Pacific Place}
In a Turkish mountain village in the 1950s, a woman with a presumably fatal case of TB suggests that her husband take another wife, mostly for the good of her four kids (whose dad is a lout, and kind of an asshole). Months later, after her condition unexpectedly improves, the woman returns from a sanatorium to her family’s home — and her husband’s new wife. This is a lovely film with some great surprises, even when it doesn’t give you the primetime-soap payoff you might expect from that ripe narrative setup.

Red Gringo
{North American Premiere. 6/11 6p Kirkland}
After signing with Capitol Records in the early 1960s, Colorado-born singer Dean Reed became a surprise pop sensation in Latin America. While touring Argentina and Chile (where he was received with Beatles-level fan mobs), social awareness led to hard-left activism that eventually earned him the nickname “Red Elvis.” This documentary isn’t too concerned with Reed’s early life or pre-South America career (I’d have appreciated a bit of context), and the Spanish-to-English subtitles really need a copyedit pass. But it’s tough to be mad at a behind-the-music bio this quick and informative and loving, even when it seems to be a promising work-in-progress.

The Scent of Mandarin
{North American Premiere. 6/10 7p Pacific Place; 6/11 8:30p Kirkland; 6/12 4:30p Egyptian}
French (and I mean very French) period melodrama about the unlikely coupling of a home-care nurse (Georgia Scalliet), who recently lost a babydaddy, and a much older cavalry officer (Olivier Gourmet), who recently lost a limb, during the waning days of WWI. Sumptuously shot, with lovely performances: Scalliet shimmers in her big-screen debut, Gourmet has rarely been so charming. This is a long but dense film that burns through plot quickly, leaving room in the narrative to thoughtfully explore gender roles and the lingering power of psychic wounds.

Captain Fantastic
{Viggo Mortensen tribute 6/11 1:30p Egyptian; regular screening 6/12 2:30p Uptown}
Viggo Mortensen shines as a devoted father of six living off the land (and off the grid) in the wilds of Washington state, until a sad event leads the crunchy brood back to the outside world. Solid pacing and charming performances cover the credibility strains in plot and characterization until the third act, when the story leaves the rails for good. Entertaining, but flawed.

Chicken People
{6/10 7p Egyptian; 6/11 3:30p Uptown}
Competitive poultry breeding is actually a thing, and this broad but lively doc looks at a few of the humans and chickens involved in the curious enterprise. There are some extraordinary and magnificent birds to marvel (my favorite breed, design-wise, is the Silver Laced Wyandotte), and footage from competitions in Ohio and Tennessee that bookend the film is quite fun to watch. The vibe is decidedly middle-American — this is a CMT production, after all — so if you fetishize pickup trucks, tractor pulls, and/or Branson stage shows, there’s a lot here for you.

Don’t Think Twice
{6/10 7p Uptown; 6/11 11a Pacific Place}
Mike Birbiglia’s comic sensibility is not my jam, and I really wasn’t into Sleepwalk with Me a few SIFFs ago. I found this new film, a behind-the-scenes story of a struggling NYC improv troupe, a bit more enjoyable… maybe because it wasn’t ALL about Birbiglia’s character (another man-child, surprise surprise). I chuckled quite a few times, mainly at Keegan-Michael Key, and was quite swept away by a lovely solo performance late in the film by Gillian Jacobs. Overall, still not really up my street, but far from terrible.

Southside with You
{6/11 7p Uptown; 6/12 7p Egyptian}
A rather bland imagining of Barack Obama and Michelle Robinson’s first date on a summer afternoon in 1989. They go to an art exhibition (Ernie Barnes), then to a community meeting (Michelle witnesses Barack whipping up a crowd), then to see a buzzy new film (Do the Right Thing)… with a lot of walking and talking between. And I mean A LOT. Some may consider this film to be a tender, Before Sunrise-esque exploration of the beginnings of a famous love. For me (and I’m someone who likes the real-life inspirations, mind you), it was just a long 80 minutes.

Up For Love
{6/10 8:30p Kirkland; 6/11 6:30p Egyptian; 6/12 12p Uptown}
Silly French-language rom-com about an unlucky-in-love attorney (Virginie Efira), her meet-cute with a noted architect who happens to stand less than 4.5 feet tall (Jean Dujardin, oft digitized), and the challenges facing contemporary professional women in male-dominated professions. Just kidding on that last point! Prioritized here are the hetero white dudes’ (there’s more than one) problems and frustrations, many of which are illustrated by a relentless barrage of cheap height-related sight gags. I can’t claim I wasn’t sporadically charmed by Efira and the CGI-shrunken Dujardin, though, even as the unsurprising paint-by-number plot and tropes were filled in before my eyes.

We the People 2.0
{World Premiere. 6/11 6p Uptown; 6/12 1:30p Uptown}
I happen to be a member of the choir to which this sluggish, poorly-edited documentary is trying to preach. The topic — grassroots activism against dumping, drilling, mining, and other corporation-instigated enviro-disasters plaguing American towns — is no doubt important. And somewhere in this 90-minute jumble of onscreen definitions, graphic factoids, and talking-head interviews (of varying relevance and credibility) is a solid, focused hour of serviceable PBS programming.