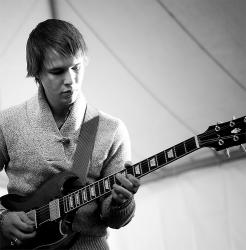 Siberian took the outdoor stage during one of this weekends first real chilly fall Seattle days. The crowd was ready to get warmed up and rock with Siberian after hearing one two many "You might be a hipster if" jokes from the pre-band Comedian?/MC. The guys were in great spirits and appreciated the crowd staying outside on such a cold afternoon. The set included favorites from their EP Hey Celestial! {review} as well as some material from the new full-length, With Me {review}.

My personal favorite was the upbeat, somewhat shoegaze sounding track "Belgian Beer and Catholic Girls" (I'm quite partial to both).

Anyone in the crowd couldn't help but notice the two older "Drunk Ballard Residents" rocking out in the front insisting on a Guitar Battle and begging for some Santana. Siberian proved to be the confident, polite, funny guys I know and offered a brief "shred off" between guitarists Finn and Colin. Carlos Santana would have been proud.

I'm sure we will be hearing much more about these guys in the near future. Keep an eye and an ear out as they will most likely not stay Seattle's little secret much longer.

More photos of Siberian from the show… 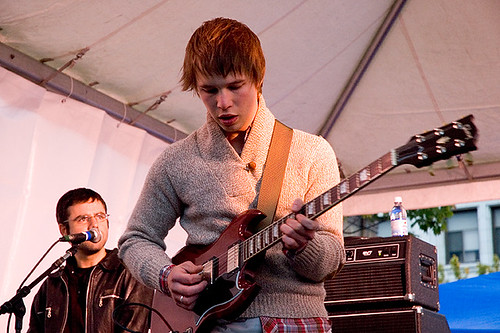 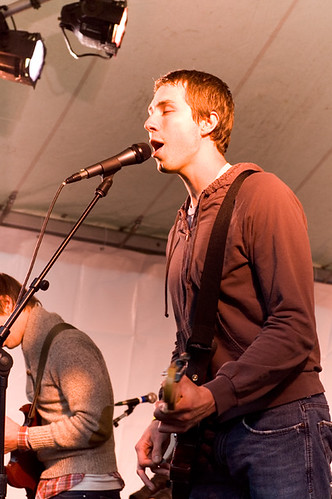 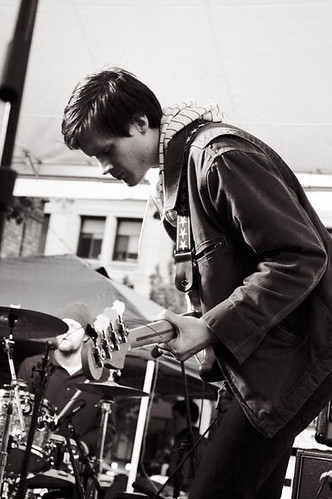