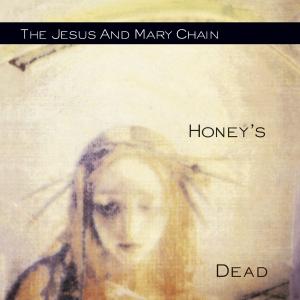 "Reverence" by the Jesus & Mary Chain

Let us pretend, for a moment, that in our current sociopolitcal climate, the Jesus & Mary Chain originally released “Reverence” from their Honey’s Dead album. How would the general Fox News loving public react to the opening lines snarled out by the Reid brothers:

I don’t remember there being huge controversy when this song came out originally in 1992, but maybe I just wasn’t as aware of such nonsense, but I get the impression that if any semi-well known band attempted this today, they would be bomb back to the stone age. Although, I suppose now that I think about it, the band is already called “Jesus & Mary Chain”, so I guess singing a song about wanting to die like Jesus Christ isn’t too much of a stretch. Maybe all the right wingers were convinced this was, in fact, wholesome Christian music telling us the good news. Ok, maybe not.

That being said, it is vintage Jesus & Mary Chain, full of the omnipresent shaking maracas, snarled basslines and the half asleep vocals of the Brothers Reid. This was well before William found love with Mazzy Star’s Hope Sandoval and we’re left with the signature “Phil Specter Murder Spree” wall of sound. Brilliant no matter when you’re listening.