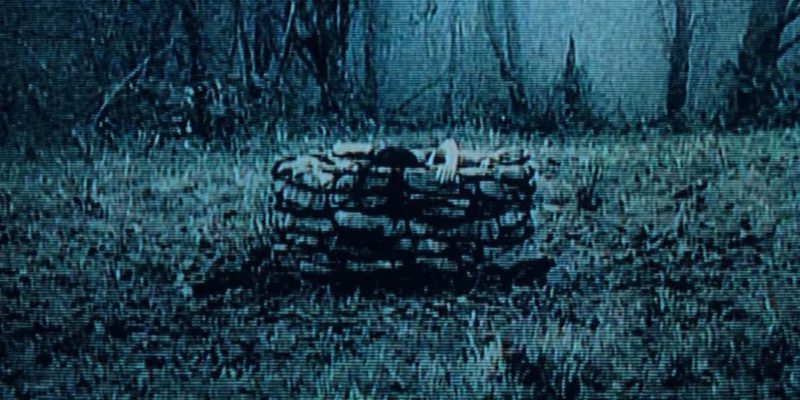 {Rings is screening in Seattle at Sundance Cinemas, Thornton Place, and Regal Meridian 16}

It’s been 12 years since The Ring 2 (TWELVE?!?! YEARS?!?!) so I suppose it was about time for Samara and her f’ed up psychic video feed to resurface, because we need something other than reality to terrify us in 2017 – amirite?

Terrify isn’t exactly the word I would use here, but Rings does have its moments — I just wish its moments had been closer together in say, a tighter 60 minute package instead of a looooooooong and slowly drawn out 1 hour and 45 minute one.

So we begin with the opening scene: kind of a mash-up between The Ring and Final Destination. In fact, I was just about to lean over and say “Final Destination!” to my friend when she said it to me first.

An attractive young girl on a plane flying into Seattle leans over to hit on the attractive young dude to next to her, and that dude says something like, “I’d love to hit the mile high club with you except for the fact that I saw this video and I have 7 days to live and the 7 days are up … in about 30 seconds.” And then Samara shows up on the inflight entertainment screens and it’s total chaos and the plane is on the verge of crashing and it looks pretty cool, but it doesn’t matter. Because the film cuts away before it does and those people are never mentioned ever again.

Cut to another attractive young couple, fresh from a tumble in the sheets: Julia and Holt, who are saying their goodbyes because Holt is going to college and Julia is staying home “because her mother needs her.” Why? We don’t know. Because the mother is never mentioned ever again.

Annnnnnyway. Holt & Julia have a rendezvous planned in six weeks, only he’s missed his last few Skypes with her and he’s not answering his phone or his texts and then a mysterious hot chick shows up on his computer and Julia hops into her car to drive to Pullman and find out WTF is going on.

While looking for Holt, Julia find his “cool” Professor Gabriel (Johnny Galecki, clearly doing this movie on a dare) and also accidentally finds a key that unlocks a secret floor, in which she discovers Gabriel is conducting a series of experiments on The Ring video with a bunch of hot students, I guess so he can turn his white paper on psychic transference into a book deal or something. (So THAT’S what happens at WSU!) I’m not sure, really, because once Julia finds the room, the experiments are never mentioned ever again.

The entire secret research project is just a vehicle for Julia realize Holt’s going to die, and attempt to save him by watching his (digital file) copy of the video. Julia is also remarkably calm about all this. She actually sees a student die and she’s still like, Oh, there’s a video with a chick crawling out of a well and then she calls you and you die seven days later unless you make a copy and show it to someone else? Ok, cool. Let’s do that then. It’ll be fun.

The film attempts to dodge already well-covered territory, re: Samara’s origin, by going back further than the other films have, but then proceeds to suck all the fun out of it by making it way too easy for the audience to put the pieces together. Dear three people who wrote this screenplay, you do not need to spell everything out for us.

If you can get past that, the terrible dialog, and the very misguided Orpheus and Eurydice references, the last 15 minutes of this thing was pretty boss — and Vincent D’onofrio, aka the only person who knew what movie he was in, was flawlessly scene-chewing as usual.

Long story short (too late): if your boyfriend leaves for college and stops answering your phone calls and text messages just leave it alone and MOVE ON.