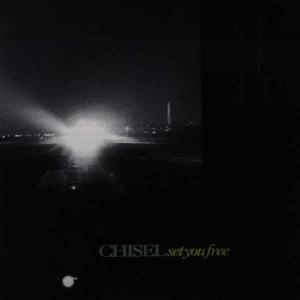 "Rip off the Gift" by Chisel

OK, so, Ted Leo couldn't match his indie brethren and their auspicious chart debuts. Admittedly, Living with the Living did mark Ted's first visit to the Billboard Top 200 Albums (albeit at #109, a mere 108 places and 123,000 units behind the Mouse), but hey, you have to start somewhere.

Speaking of starting somewhere, Chisel was Ted's band pre-Pharmacists and what you get is something that sounds like, well, a Ted Leo & the Pharmacists outtake. It's more aggressive, less catchy, but still obviously Ted Leo. I've tried desperately to get into Chisel because of my love of Ted's current band, but it just doesn't seem to want to click with me, so instead Chisel is part of the subculture on my iPod of "Historical Appreciations" — bands that exist merely to make me… um, er… my record collection feel historically complete rather than just an amalgamation of random hits.