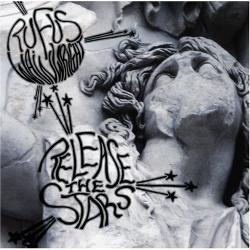 It almost doesn’t seem right to judge Rufus Wainwright against the mainstream of modern rock. He’s not really like most of them at all. He’s more a “performer” than just a “musician.” I suppose on the modern rock family tree, his closest relatives might be Morrissey or David Bowie, but Rufus is even more theatrical than that pair. Release the Stars is not an album that can be easily compartmentalized into discrete songs and singles, instead it is an album in the truest sense, even in this age of the dying longplay artform. Much of the album is gorgeous and over-the-top, but that is why we love Rufus, isn’t it?

Rufus has evolved away from the singer-songwriter mold of his debut Poses into a full-blown cabaret singer, making his music into more than just a song but instead into a miniature drama set to music. He defies genrefication, which is a credit to his versatility and talent. And dammit, it's just fun to listen to the overblown majesty of a song like the opener “Do I Disappoint You,” where Rufus finds himself surrounded by choirs of children, huge orchestral swirls and well, pretty much every musical theatre trick this side of the kitchen sink. Although I told myself I was going to avoid the comparison, but “Going to A Town” is as close as you get to Rufus channeling pre-insanity Elton John (with a good dose of Moz-like anti-American sentiment). The song is beautiful and melancholy, you almost melt hearing Rufus call out "I’m so tired of America."

Alternately, Rufus takes on the sound of a 1940’s torch singer on “Nobody’s Off the Hook,” building like a Henry Mancini song that would make Sinatra uncomfortable ("Hanging with a homo and hairdresser" is not really the Chairman’s typical lyric). The same might be said for “Tulsa,” oddly inspired by Rufus meeting the lead singer of the Killers, is a complexly structured creation full of dueling strings and pianos – it is oddly playful and fun. “Sanssouci” has, for lack of a better comparison, a bit of a Barry Manilow feel, a little bit rock and a little bit tropical – honestly, it works out better than that description might imply. Of course, nothing can be more fun that Rufus trying on his 60’s soul singer shoes on the title track. The song is packed wall-to-wall with horns, slapped guitar, female choirs, and enough panache to make Otis blush.

So bits just don’t work. I had high expectations for “Tiergarten” because Neil Tennant from the Pet Shop Boys was supposed to be on it, but really, his contributions are barely noticeable – nothing like Robbie Williams jewel “No Regrets” with Tennant and Neil Hannon from the Divine Comedy. Instead, “Tiergarten” just feels tired, which is odd considering Tennant was the executive producer of the whole album. The musical theatre gets a little carried away, like on “Between my Legs,” the most Pet Shop Boys-like song on the album that actually directly quote the main theme from Phantom of the Opera – just a little too rich for my blood. Instead you really wish Rufus would stick with some of the more subdued splendor of “Not Ready to Love,” a quiet ballad full of steel guitar and hushed backing harmonies (this time you can really tell it's Mr. Tennant).

Release the Stars feels like Rufus Wainwright finally just letting himself be, well, himself. He really is an artist right now that has no peers, and befitting that characterization, Release the Stars is a true album that deserves to be listened to from start-to-finish, rather than disassembled by your iPod. It might not be a perfect album, but it has such a dramatic flair that it makes up for its shortcomings by being thoroughly entertaining.