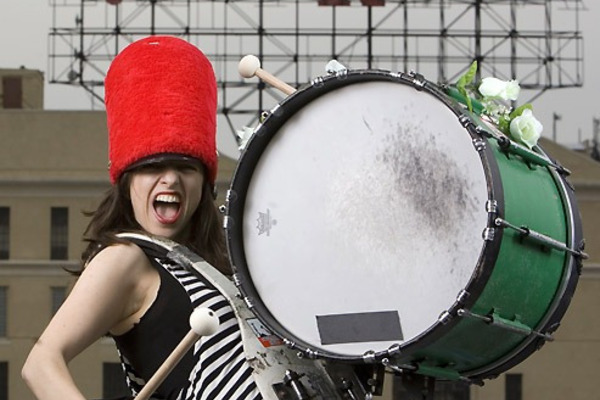 Sabrina Chap takes over Seattle this weekend/week! (and releases an album with your help)

So last year around this same time, I discovered an album called Oopma by lovely, honey-voiced Sabrina Chap – and I'm pleased to announce that she's coming back to Seattle with a week full of shows! Burlesque, caberet, piano-playing, crooning – you name it, Sabrina is doing it. Man oh man, I love this woman! She's currently cooking up her new album, We Are the Parade, and could use a some dollas to help finish it up and get it out the door. I'm a sucker for kickstarter campaigns, so I donated. You too?

{Ed. note: Sabrina decided to share a song from her new album so y'all could hear what's next, so we switched out the track!} Ms. Chap generously offered up a preview of some of her new stuff for our imaginary readers! Take a listen to this track from We Are the Parade:

So to recap: track down a copy of Oompa and mix up some Manhattans, take a listen to one of her new tracks, throw a few bucks her way if you dig it, and take your pick from any of the shows below to bask in the Sabrina goodness.