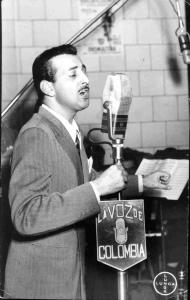 Next week I will be headed to Finland for the first time. “Why Finland?” you ask. Good question. Mostly because I feel like with an almost free trip to Europe for a conference, I should visit the Scandi- part of my Scanditino heritage. You see, I’ve been to the -tino side many times, heck I practically spent more time in Colombia as a child than I did in the good ol’ U.S. of A. but I have never been to Finland, the other half of the equation, in all my 30 years. The closest I’ve done to tracking down those darn Finns is some time spent in a coal mining town in Montana – for some reason, Finns at the turn of the 20th century seemed to end up in Montana mining coal. Red Lodge, Montana has a part of the town called “Finntown” for crying out loud. So, Helsinki it is, to discover all those great things Finns do, like drink vodka, play hockey and talk in a manner that can only be described as “two drunk machine guns fighting.”

That being said, I suppose it is no surprise that I’ve always felt much more of a connection with my Latino side. I think if you examined my iPod for Suomirock (Finnish rock and roll) versus Colombian music, you’d find that I have next to nothing from Finland. Instead, the cultural aspect of my iPod is dominated by the classic pop (and by that I mean, from the 30’s and 40’s) from Colombia, dusty old ballads recorded most in mono by real balladeers and their bands. They are absolutely gorgeous songs, nothing really like anything recorded in the States. The closest thing to these canciones might be Sinatra and his ilk, they are just too polished, and it is this real “rough around the edges” sound that make them so captivating. I have no idea what the equivalent to these songs would be in Finnish culture and I get the impression that I will probably just try to find some Finnish modern rock while I’m in Helsinki anyway (any suggestions from TIG readers?), but I need to start evening the balance here.