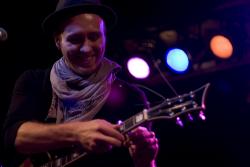 Ships at the Crocodile

Almost a year ago now, the Bus Stop on Pine was the venue for "The Death of Jacob James." Jacob James (aka Jacob Hoffman) keyboard player and vocalist for the Lashes, decided to say goodnight to his collection of sweet, soft, and beautiful songs. It felt like a loss to say goodbye to this project, where Hoffman's voice ranged from near whispers to strong choruses full to the brim with emotion.

Last night's Ships show was an indication that perhaps the sacrifice was worth it after all, if this band is what we get in its stead. 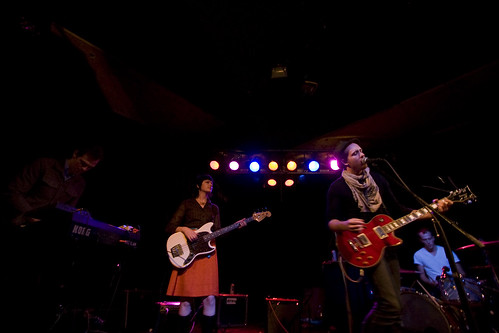 Ships began as the work of Hoffman and Laurie Kearney. Kearney also played bass for Heather Duby, and often brings the addition of her dulcimer skills to Ships' lush, dreamy sound. The dulcimer didn't make an apperance last night, but I'll be crossing my fingers for the next go round. 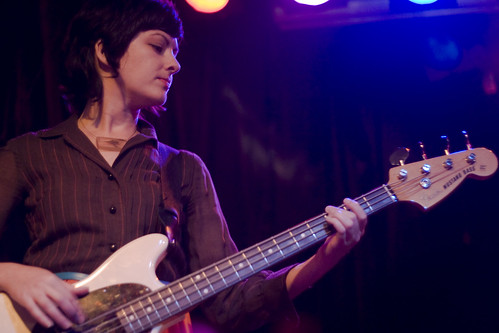 Shane Berry, frontman of The Divorce (RIP), doesn't contribute vocals here; he even joked he felt a little odd without a microphone, to which drummer Lunceford replied he had ten, just take one. But Berry's keyboard playing is a large part of what gives Ships its captivating shoegazey quality. 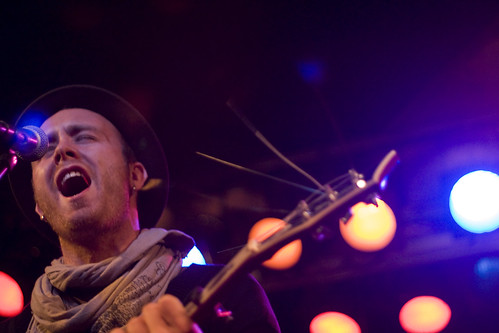 Hoffman plays guitar and sings like he means it; the sound may be miles away from the acoustic guitar and confessional love songs of Jacob James, but his voice still has the same rich sound that could grab you from the back of the venue and demand you pay attention. This complete Ships' lineup is only a few months old, and yet already delivering memorable performances. I'll be eagerly awaiting their next (not yet scheduled) show, and even more so a (not yet recorded) album.