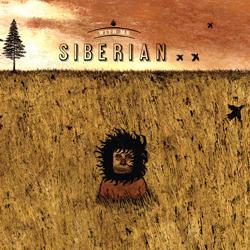 Local outfit Siberian has earned a lot of press and praise for such a young band whose first full length doesn’t officially release until the end of October. The five-piece apparently charmed the right names in Seattle’s scene, for they’ve captured the ears of KEXP, found themselves a home on Sonic Boom Recordings, recorded with Martin Feveyear (who’s lent his touch to other notable local artists like Brandi Carlile, Slender Means, and the Presidents of the USA), and landed a Bumbershoot billing long before their debut even debuted.

So what’s all the fuss about? Though this is their first full-length, Siberian’s been a band for more than three years now, and they’ve clearly been tweaking and refining and perfecting the material on With Me for some time.

The band’s swooping, Brit-pop sound falls prey to undeniable Radiohead comparisons, as frontman Finn Parnell’s vocals lift and lilt ala Thom Yorke. The mandolin-ish guitar effects and melancholic chord progressions don’t hurt the association, either. But Siberian are much more than just a sound-alike tribute band in disguise. Their tracks are new, fresh, and stellar. Arpeggio-laden, math-rock guitar riffs and poppy dance grooves are swoon-worthy and blissful (like in “Tightropes”). The chorale of vocals — layer upon layer of saccharine-but-not-sickly-sweet harmonies — come in all the right places (like the chorus of “Futuristic Kids”). And with sly song names like “Belgian Beer and Catholic Girls,” and lyrics that dually tug at the heart and scoff at the past, it’s easy to fall head over heels. Closer “Islands Forever” is a gem, pulling together all the band’s best faces into one gorgeous track.

With Me demonstrates a depth of musicianship, songwriting, and attention to craft so rarely achieved on a debut — sometimes not even reached after two or three albums into a band’s career. Have a listen, and see what all the fuss is about.