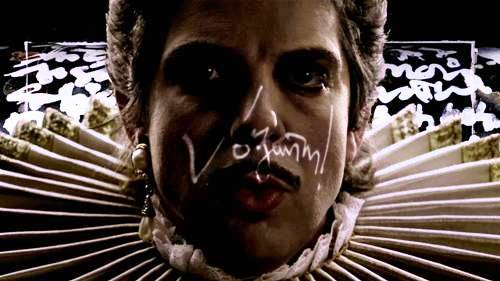 SIFF's opening night film was, as I'm sure you've heard, Much Ado About Nothing — a title which we're all hoping doesn't apply to the ever-varied lineup of this year's iteration of our beloved local cinema gorge-a-thon. Whether or not you were lucky enough to get tix to opening night's Whedonverse fantasia (or the following evening's 'secret' screening), there'll be plenty of filmic wonders for you to choose from this year — and the TIG SIFF crew is here to help. Here are seven features to see, three to avoid, and four to be cautiously optimistic/pessimistic about, all screening at some point in the coming festival week (May 17-23).

{screens May 17 at 9:45pm and May 18 at 4pm at Pacific Place}
Imaginary Amie and I appear to be in agreement on this one. It's another delightful New York story from Noah Baumbach (The Squid and the Whale), this time focusing on the post-college, aspiring-dancer title character (indie it-girl du jour Greta Gerwig) throughout a series of struggles after a best-friend breakup. The film does right by the cinematic institutions it so lovingly references — Manhattan-era Woody Allen and the French New Wave among them — and distinguishes itself with a sweet, melancholy charm all its own.

Goltzius and the Pelican Company
{screens May 17 at 6:30pm at the Egyptian, and May 19 at 4pm at the Uptown as part of An Afternoon with Peter Greenaway}
Consistently intriguing auteur Peter Greenaway's latest film follows a late 16th-century Dutch printer/engraver as he attempts to convince a powerful margrave to fund the production of a nekkid-illustrated Old Testament. When the margrave balks, Goltzius's employees (the Pelican Company part of the title) agree to entertain the court with six titillating (and, yes, dong-illating too) evenings of erotic biblical reenactments. Playful provocations — of the characters and the audience — ensue. Greenaway's unmatched visualism rarely fails to stun, and he utilizes it to great effect here in exploring the narrative's sacred-vs.-profane themes. Crazy, nasty fun.

Our Nixon
{screens May 18 at 7pm and May 19 at 1:30pm at the Harvard Exit}
Lively, amusing documentary utilizing subpoenaed Super8 home-movie footage shot by Nixon White House aides (and Watergate conspirators) H.R. Haldeman, John Ehrlichman, and Dwight Chapin. If you're up on your early-'70s presidential history you probably won't learn a lot, per se, but Our Nixon does offer a unique inside look at a tarnished presidency, and the film's editing (with TV footage and audio from the infamous tapes) is undeniably brilliant. Stick around through the closing credits for a truly surreal coda to Ehrlichman's post-Watergate saga.

Paradise trilogy: Love, Faith, Hope
{screening individually May 21-23 at 6:30pm at the Uptown, and back-to-back May 25  beginning at 10am at Pacific Place}
Ulrich Seidl's captivating Paradise films, focusing on three women as they confront themselves and search for some version of happiness, have played separately at festivals around the globe, to mostly high praise. Paradise: Love travels with full-figured, fiftysomething hausfrau Teresa as she becomes a "Sugar Mama" sex tourist, buying favors from Kenyan beach boys. It's like a humor-free Hangover, or the extremely pitch-dark side of How Stella Got Her Groove Back. In Paradise: Faith, we spend time with Teresa's sister, a fanatic (to the point of self-flagellating) Catholic missionary named Anna Maria, as she finds her summer disrupted by the sudden return of her paraplegic Muslim husband; he aggressively and abusively sets out to shatter her beliefs. Teresa's sullen 13-year-old daughter Melanie is shipped off to a fat camp, where she makes unexpected new friendships and begins a very creepy flirtation with the much older camp doctor, in Paradise: Hope. Melanie is spared from many of this situation's potentially negative outcomes and she definitely makes it out more unscathed than do her mom and aunt in the prior installments. It's actually kind of a sweet conclusion. See one or see 'em all, but know that the trilogy's title is more than a little ironic. It's the pure filmmaking craft on display here, from intriguing photography (Seidl has a fondness for static symmetrical shots, mainly of characters in small rooms) to audacious, often ruthless storytelling (he also has a fondness for challenging the viewer to look directly at unpleasantness) that make Paradise worth your while.

Una Noche
{screens May 22 at 7pm and May 23 at 4pm at Pacific Place}
This might be the most flat-out fun you have at SIFF 2013. Hot (but disillusioned) Havana siblings Elio and Lila get involved with even hotter (but more dangerous) Raul; the trio's entanglement makes for a lively, colorful, very soapy buildup to a planned voyage to Miami in a makeshift raft. It's easy to see why this first feature by Lucy Mulloy was such a big winner at Tribeca this year — it explores modern-day Cuba's sociopolitical situation in a most entertaining way.

{screens May 19 at 4pm at the Harvard Exit and May 20 at 8:30pm at the Uptown}
A gentle, genteel film documenting three years in France's Périgord farming region, whose people struggle to uphold centuries of tradition in the face of modernity. I'm thinking the leisurely pace will challenge many viewers, though the inside look at production of the area's famed wine, dairy, and (gawd help us) foie gras is intriguing. If you have a special fondness for France, or for rural life, or for French rural life, or for (gawd help us) foie gras, this is a can't-miss.

Concussion
{screens May 17 at 9:30pm and May 18 at 12pm at the Uptown}
Lesbian drama! So much opportunity for compelling storytelling! But unfortunately not executed too brilliantly here. This narrative follows a well-to-do fortysomething named Abby in the weeks after a head injury; her (admittedly boring) wife and (admittedly pain-in-the-ass) kids take a backseat to side gig she stumbles into: high-end (still lesbian) prostitution. Perhaps it's first-time director Stacie Passon's subtle restraint that keeps it all from coming together convincingly.

Ernest & Celestine
{screens  May 19 at 10am at the Uptown and May 24 at 6:30pm at the Egyptian}
Animation fans and folks with kids should be all over this adorable fable of an unlikely friendship between a French bear and mouse. The lovingly hand-drawn character renderings and watercolor backgrounds make for gorgeously (deceptively) simple visuals. And while Ernest & Celestine doesn't quite achieve the resonance of, say, A Cat in Paris, it's a hell of a lot better than most Hollywood cartoonery these days.

What Maisie Knew
{screens May 19 at 6:30pm at the Egyptian and May 20 at 4:30pm at the Uptown}
This Henry James adaptation, set in present-day NYC, is a feel-bad movie in pretty indie clothes. It follows unfortunate six-year-old Maisie (incredible Onata Aprile) as she navigates through many petty squabbles between her self-absorbed mom (Julianne Moore) and douchey dad (Steve Coogan). They seem to be competing for the title of Shittiest New York Movie-Parents Ever — yes I say this having seen Precious: based on the novel 'Push' by Sapphire — and Maisie would be better off without them. Luckily Alexander Skarsågrd is around to help.

{North American Premiere. Screens May 18 at 6:30pm at the Uptown and May 19 at 1pm at Pacific Place}
Exasperating documentary about South African street dancers and their distinctive styles. For a film about movement and music, it's peculiarly inert and one-note. An awkward detour to a dance competition called the Red Bull© Beat Battle has some fun bits, and the film's final three minutes hint at the vibrant and energetic flick this could have been… but it's too little, too late.

Pit Stop
{screens May 19 at 6:30pm at the Harvard Exit and May 20 at 4:30pm at Pacific Place}
A rather dreary film that slowly but not-so-surely tells parallel sagas of two gay men in small-town Texas. One's a semi-closeted dad who is far too interested in his babymama's love life, the other is in the process of saying two very different goodbyes to two separate former lovers. I don't doubt that there are many rural gays living repressed lives similar to those portrayed here, but this story feels more 1998 than 2013.

Youth
{screens May 17 at 6:30pm and May 19 at 12pm at the Uptown}
The first feature by late French filmmaker Louis Malle's daughter has a few endearing moments but exhibits no trace of the fearless, restless intelligence of her father's best work. The story has a few elements of the actual events around the auteur's last days — the father in the film is succumbing to a fatal disease when his daughter, the main character, is 20 years old — and a little disingenuousness in autobiographic art is customary. Lethargic filmmaking isn't as forgivable.