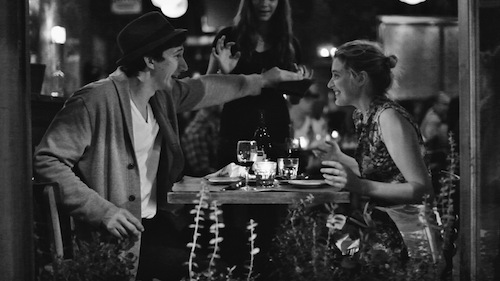 This collaboration between Director Noah Baumbach and his now girlfriend Greta Gerwig (who also stars in the film) focuses on 27-year-old Frances, a woman struggling with direction in a crushingly co-dependent relationship with her best friend and roommate. Once her roommate announces she's moving out, Frances is left floundering for a place to live, then gets news that the dance company she's been interning at hasn't accepted her as part of their troupe — and it just goes even MORE downhill from there.

Shot in arty black and white, Frances Ha is a talky-somewhat-improvised-portait of a girl that probably isn't for everyone, but fans of both Baumbach & Gerwig will love it. And Gerwig is just so damn GOOD. Even though Frances' life experience was entirely different than mine, I felt connected to her while she was trying to figure things out; not seeing what's good right in front of her, unable to enjoy anything even a little bit, freaking out about her intended "career", and desperately, DESPERATELY trying to please everyone. (If you don't cringe several times during the dinner party scene, you are not human). Anyway! Gerwig's a natural at Baumach's dialog (duh), and the whole thing was just lovely. I'm excited to see what they do next.

Bonus: Adam Driver (from GIRLS) appears as a charming rich playboy! I love that guy.