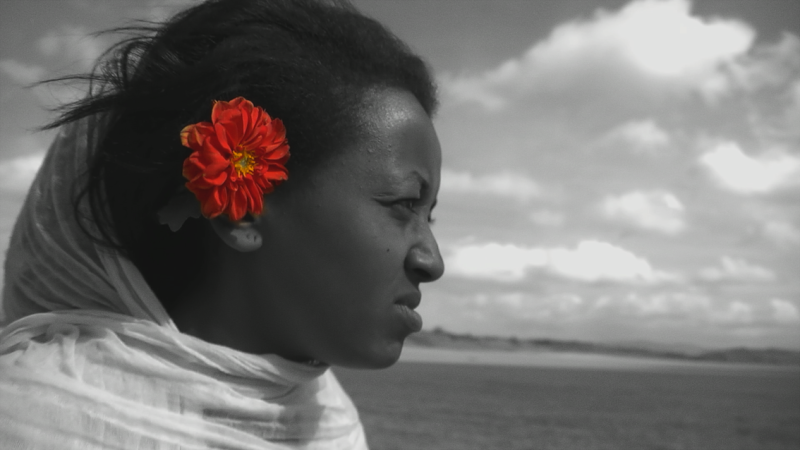 A harrowing Korean sea thriller, a sultry sapphic summer romance from Lithuania, and a gorgeous Ethiopian genre mashup are among your best bets during SIFF 2015’s final (!) week and weekend (5/29 – 6/7).

Beti and Amare
{5/29 1:45p Uptown}
Intriguing 1930s-set genre pastiche about a young Ethopian woman trying to live a normal life while avoiding Mussolini’s troops and local thugs. It’s a supernatural romance, existential drama, and revenge thriller all in one. It’s also dreamy in the best possible way, with a visual style that frequently stuns.

Mr. Holmes
{5/29 7p Uptown, 5/31 4p Pacific Place}
Ian McKellen plays an elderly Sherlock Holmes in the late 1940s (and, in many time-toggling flashbacks, as early as the late 1910s), living a quiet countryside life with his housekeeper (Laura Linney) and her inquisitive young son. In revisiting an unsolved case he worked on toward the end of his investigative glory days, Mr. Holmes confronts the difficulties of aging, of his roles in various fictions, and of (not always) remembering. Entertaining throughout, even when the performances teeter into hammy territory.

Short Skin
{5/31 7p Pacific Place, 6/1 4p Uptown}
Poking up out of the glut of coming-of-age stories at SIFF this year, here’s one with a very interesting, um, entry point. It’s set in Pisa and follows Edo, a sensitive teen who loves books — he’s even wearing a Powell’s t-shirt at one point — and who, goaded by his lout of a best friend, feels the need to lose his virginity by the end of the summer. But that’ll be difficult given his titular issue: he suffers from phimosis, which means even masturbation is painful. That’s right, this is a dick movie, and it’s unbelievably frank about anatomy, (hetero)sexuality, and gender myths. Expect approximately half of the viewing audience to visibly shudder at multiple moments.

Summer of Sangaile
{5/29 7p Harvard Exit}
Sangaile and Auste are young Lithuanian women — the former an inquisitive and introverted late-teen obsessed with stunt planes, the latter a vibrant and impulsive artist type. They meet at an aeronautical convention and begin a lens-flared summer romance about which many bad flight-related metaphors could apply. I’ll spare you those, and just tell you the film is fiery, ripe, and packed with visual surprises.

Being Evel
{5/30 2:30p Uptown}
Often compelling, frequently exciting, ultimately overlong documentary on the iconic ’70s daredevil, “action sports” frontrunner, and eventual criminal douchebag known as Evel Knievel. The film was produced by Johnny Knoxville, who appears (a lot) as a very eager talking head, and the experience sometimes seems targeted to his fan base. If this includes you, then enjoy.

The Boda Boda Thieves
{North American Premiere. 6/3 6p Uptown, 6/5 3p Uptown}
On 15-year-old Abel’s first day of work as a delivery-cycle driver in Uganda, his bike is stolen, leaving him no choice but to pursue the thief of his disadvantaged family’s livelihood. Here we have another interesting slice of elsewhere-life; it’s also another example of a great 20-minute short stretched to quadruple its optimal length.

City of Gold
{5/30 6:30p Uptown, 5/31 4:30p Harvard Exit}
Enjoyment of this nicely-prepared portrait of Pulitzer-winning restaurant critic Jonathan Gold will be highest for hardcore foodies (or at least those who consider themselves such) and lovers of Los Angeles. It’s a big-ol’ sappy love letter to the city’s culinary and cultural mosaics — with nary a mention of any less-than-stellar aspect of either. And like L.A., it involves a lot of driving around the sprawl. Oh, so much driving.

The Grump
{6/3 7p Harvard Exit, 6/5 4p Uptown}
After a bad fall, an elder country curmudgeon moves into the Helsinki home of his milquetoast son and overextended daughter-in-law, where he’s confronted with the modern age… and where the modern age is confronted with him. The film’s broad generation-gap humor has its moments, but overall the characters are more frustrating than funny. (Read A Man Called Ove, or see the upcoming film adaptation, for an amusing Swedish equivalent.)

The Little Death
{5/31 7:30p Uptown, 6/2 7p Pacific Place}
Heterosexual couples in suburban Sydney explore their nasty little heterosexual desires in five interconnected stories. The characters are mostly assholes, and the film is mostly just broad, inept comedy in kinky disguises. But the final tale, about an unexpected connection between a hearing-impaired guy and an operator at a video relay service, is so funny and charming I’m almost tempted to recommend the whole damn film. But only almost.

Most Likely to Succeed
{6/1 7p Uptown, 6/2 3p Uptown}
America’s education system hasn’t changed much since the Industrial Revolution; San Diego’s High Tech High charter school breaks the 100-year-old mold, emphasizing project-based exploration and collaboration over traditional lecture-based teaching methods. The documentary — a rather standardized one, considering its system-bucking subject matter — follows several students and teachers over one school year, and while its goals are admirable it doesn’t quite succeed in its tough sell of a bold new model.

The Overnight
{Closing Night, 6/7 6p Cinerama}
In an effort to acclimate to their new life in Los Angeles, a fresh-from-Seattle couple (Taylor Schilling and Adam Scott) spend an increasingly kinky evening with the parents (Judith Godreche and Jason Schwartzman) of their young son’s new friend. Shenanigans ensue, with many squeamy laughs (and at least two prosthetic penii). The leads’ performances are uniformly good, but increasingly strained plausibility and flat moments of improv keep the film from reaching a satisfying climax.

The Forecaster
{5/29 1:30p Pacific Place}
Muddled, sluggish, artlessly-constructed documentary about finance guru Martin Armstrong, his Economic Confidence Model, and his dozen-year imprisonment on trumped-up fraud and contempt charges. Armstrong’s program has predicted market crises and global conflicts with incredible precision, but The Forecasterdoesn’t even bother to explain the “Big Bang” he expects will happen later this year.

Sleeping with Other People
{6/5 9:30p Egyptian, 6/7 4p Egyptian}
Dreary wannabe-romp about years in the lives of Jake (Jason Sudeikis) and Lainey (Alison Brie), who go from college fumble-mates to strangers to friends… to possibly lovers? Ugh. Sudeikis and Brie are among alumni of some great NBC comedies – 30 Rock, Community, and Parks & Rec are all represented – but even the worst episodes of those shows are more entertaining than this misfire. There’s a good deal of improv, which rarely works (a Billy Eichner cameo at a Sex Addicts Anonymous meeting is the one hilarious exception), and Jake’s brand of loud, entitled assholery is probably best avoided altogether.