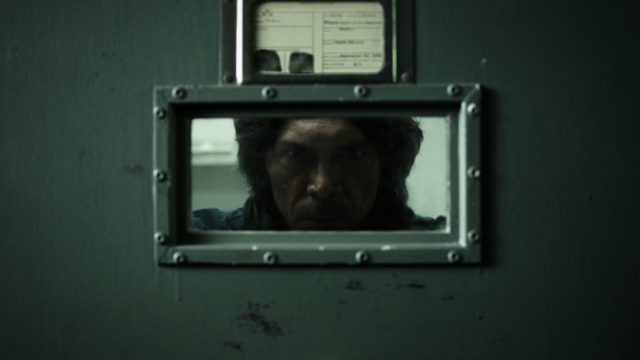 I really, really love that we have such an amazing local film scene in the Pacific Northwest, and I really, really, REALLY love that SIFF programs with this in mind. Here’s a look at what’s happening in the Northwest Connections section of this year’s fest.

Do you guys remember the 1984 documentary Streetwise? Martin Bell and Mary Ellen Mark documented the lives of a bunch of homeless teens in Seattle, including a 14-year-old prostitute named Tiny and it was fucking devastating. The Director and Photog pair checked in on Tiny over the years since, and their follow-up, Tiny: The Life of Erin Blackwell is the result. By the way, it ALSO looks pretty fucking devastating. Recommended: bring many, many, many tissues with you. {Screening Sunday, May 29, 4pm and again Monday, May 30, 11am at AMC Pacific Place. Director Martin Bell scheduled to attend both screenings}

The Architect is basically the complete opposite of the above films: a bizarre comedy shot in and around Seattle with Parker Posey and Eric McCormack as a couple who hire an unhinged architect (James Frain, who I adore in absolutely everything) to build their dream house … or maybe it’s his dream house? Not gonna lie, I’m hoping for an updated version of The Money Pit here…. {Screening Friday, May 20, 7pm and again Saturday, May 21, 9:30pm at AMC Pacific Place. Director Jonathan Parker, Actor Eric McCormack, Prod. Catherine di Napoli, Deborah Parker to attend both screenings}

One of my favorite actors, Matt Ross, directs Viggo Mortensen in Captain Fantastic, about a guy just trying to live off the grid in the forests of Washington State. Things seem to be going just great for everyone, until he has to bring them to the big city and all hell breaks loose. It looks funny and tragic and heartwarming and well … VIGGO. Viggo, Viggo, Viggo. {Screening as party of A Tribute to Viggo Mortensen on Saturday, June 11 at SIFF Cinema Egyptian, and again on Sunday, June 12, 2:30pm at SIFF Cinema Uptown. Actor Viggo Mortensen, Director Matt Ross, Producer Lynette Howell Taylor scheduled to attend!}

Seattle Directors Leah Warshawski and Todd Soliday invite us us meet Big Sonia, a charismatic 90-year-old Kansas City tailor-shop owner who’s actually not quite five feet tall. How does a tiny woman with a huge personality keep a business open inside a mall that’s falling apart and where every other store has been closed down? I don’t know, but I can’t wait to find out. {Screening Saturday, June 04, 6pm at Shoreline Community College and again Sunday, June 05, 6:30pm at AMC Pacific Place. Directors Leah Warshawski and Todd Soliday scheduled to attend both screenings}
Have you tried Sam Choy’s Poké to the Max yet? His food trucks are now in Seattle, and you can follow his rise to the Food Network and find out how he earned well-deserved title, the “Godfather of Poké,” in this delicious documentary. {Screening Saturday, June 04, 1pm at Ark Lodge Cinemas and again Sunday, June 05, 5:30pm at SIFF Cinema Uptown. Director Terrence Santos and Producer Max Heigh scheduled to attend both screenings}
Before I read the description for Gold Balls (from a postcard handed to me by Director Kate Dandel), I never even knew competitive Senior tennis was a thing! Apparently there’s a whole group of people ages 75-95 who train and train and train in order to win a prize that is a literal gold ball. I … what? “If you’re sixty years old, and you want to start tennis, you have 30 years to work on your game.” < this quote from the trailer that says it all.  {Screening Saturday, May 21, 4:30pm and again Sunday, May 22, 12pm at SIFF Cinema Uptown. Director Kate Dandel, Editor Amy Enser, and many subjects scheduled to attend}
Get those tissues out again for Finding Kim, the story of Seattle transgender man Kim B. who struggled for years with addiction and identity issues before finally transitioning at age 50. Director Aaron Bear mixes interviews with LGBTQ members and activists (including Dan Savage) with footage of Kim’s journey to self acceptance. {Screening Monday, May 23, 6:30pm and again Tuesday, May 31, 3:30pm at SIFF Cinema Uptown. Director Aaron Bear, DP Gabriel Bienczycki, and Subject Kim B. scheduled to attend}

And … don’t put those tissues away just yet. You’re also gonna need them for A New High, a documentary about Mike Johnson, who works with recovering addicts at the Union Gospel Mission and encourages them to climb Mt. Rainer as a form of healing. {Screening Thursday, June 02, 7pm at Shoreline Community College, Tuesday, June 07, 7pm at SIFF Cinema Egyptian; Producer Eamon Downey and many subjects scheduled to attend, and one more time Friday, June 10, 4pm at SIFF Cinema Egyptian}

If you’ve ever wanted to learn all about Steampunk, Vintage Tomorrows is the film for you. William Gibson, China Miéville, and Cory Doctorow all make appearances in this documentary that takes us through interviews with experts on “the science fiction of the future that never happened.” {Screening Sunday, May 29, 3pm at the Renton IKEA Arts Center and Friday, June 03, 8:30pm at SIFF Cinema Uptown and one more time Sunday, June 05, 1pm at Kirkland Performance Center. Director Byrd McDonald and Producer Alan Winston are scheduled to attend the Uptown & Kirkland screenings}