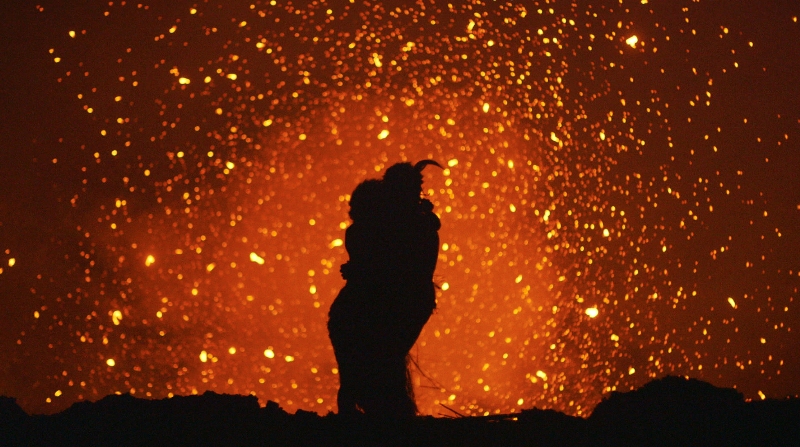 Away we go on SIFF 2016’s first week — and it’s a doozy. Luckily (for you), the intrepid members of TIG’s film team have been doing quite a bit of pre-screening (for you!), and we’re here to help you sift through our local movie gorge-a-thon’s dauntingly mammoth schedule.

As in prior years, I’ll be bringing you a weekly list of can’t-miss gotta-sees, safe bets that you probably won’t hate, and must-misses that should be avoided like a Trump rally. What you do with this important information will be entirely up to you.

So here are my picks for week one! Gloriously transporting romances from exotic lands, quirky coming-of-age yarns, and fascinating nonfiction films covering everything from competitive tickling to Carlos Danger are among the many cinematic delights on offer tomorrow through Thursday (5/20-26).

Microbe and Gasoline
{5/21 1p Majestic Bay; 5/23 7p Egyptian}
Charming and (for director Michel Gondry) down-to-earth film about two misfit Versailles teens — Microbe, short in stature but big in creativity; and Gasoline, a brilliant mechanic with a troubled home life — who plan and execute a trip through the French countryside in a homemade house on wheels. A (quite literally) scrappy road-movie whose story veers unexpectedly just when it threatens to get conventional. So wonderfully rich are the supporting characters (including Microbe’s melancholic maman, lovingly played by Audrey Tautou) that you wish they had more screen time.

Norman Lear: Just Another Version of You
{5/20 11a Pacific Place; 5/22 1:30p Uptown}
Fascinating and wonderfully presented look at the life, work, and political activism of the trailblazing TV writer/producer. In addition to the hows and whys of the sharp satire he brought to 1970s American TV comedy, we learn of Lear’s deeply personal connections to the material — with All in the Family, for example, he was dealing with some major issues with his own father. The filmmakers’ patchwork of interviews and archive material is commendable; behind-the-scenes production footage of Maude and Good Times blew my mind. Many contemporary figures you probably admire pop up, too: Amy Poehler, Bill Moyers, and Jon Stewart are but a few in the mix. After seeing Just Another Version of You, I tend to agree with another of the film’s many admiring participants: at 93, Norman Lear is smarter and younger than anyone I know.

Sonita
{5/26 6:30p Uptown; 5/28 1p Lincoln Square; 6/4 3:30p Shoreline}
The titular subject of this compelling, infuriating documentary is a teenage Afghan refugee living in Iran; she aspires to be a rapper, ideally with a fan base slightly larger than the small group of neighborhood kids who’ve memorized her lyrics. Her story takes on a new dimension as her mother surprises everyone — including the filmmakers — by showing up to announce that Sonita’s marriage has been arranged for the sum of $9,000, exactly the amount her brother needs to purchase his own bride. This is an oddly-paced film that really becomes remarkable around the midpoint as the documentarians become subjects themselves, ultimately acting as advocates for Sonita as she decides on the next steps of her life path.

Tanna
{5/20 1:30p Pacific Place; 5/23 8:30p Majestic Bay}
The first film shot entirely in the island nation of Vanuatu follows a young lady named Wawa as she chooses between clan loyalty and her heart’s desires: she loves Dain, the tribal chief’s handsome grandson, but is betrothed to a man from another tribe as part of a peace accord. This type of forbidden-love narrative is nothing new, but Tanna is beautifully transporting, with its non-pro cast of locals and its absolutely stunning visuals of its South Pacific setting. A perfect example of the value of “international cinema”, poised to become a SIFF 2016 highlight.

Tickled
{5/21 4p Egyptian; 5/24 9p Uptown}
New Zealand journalist David Farrier sets out to investigate a real thing that really exists in the world — competitive endurance tickling — and initial inquiries are met with bizarre legal threats. He presses on and uncovers a series of increasingly darker truths about the entities (and their motivations) behind the “sport”. This is a truly astonishing documentary which achieves Serial-esque levels of true-life suspense; the more clueless you are going in the better. Just know this: while the filmmakers apparently achieve their objective, you will probably not leave Tickled feeling tickled.

The Violin Teacher
{5/20 9:30p Majestic Bay; 5/21 12p Uptown; 5/25 7p Egyptian}
A former child prodigy reluctantly begins teaching music to youth in a troubled São Paulo neighborhood. It’s a putting-on-a-big-show movie, by way of a teacher-changing-underprivileged-lives plot, with bits of get-out-of-the-ghetto inspirationalism threaded throughout. And yet, surprisingly, The Violin Teacher deviates from all associated tropes just enough to keep it from formula trappings. The music is wonderful, the playing looks mostly authentic, and there are far more discordant ways to spend 100 minutes.

Weiner
{5/20 4:30p Uptown; 5/22 6p Uptown}
Outrageously entertaining Sundance-winning documentary about Anthony Weiner’s 2013 campaign for New York City mayor. Three years after the humiliating sexting scandal that led to his resignation from the US House of Representatives, the ostensible comeback campaign is going great — until the second scandal (Carlos Danger!) drowns out Weiner’s political messages once again. Will Weiner pull out or keep going hard? If you know who currently holds the office it’ll come as no surprise who ultimately got shafted. But what you may not know is that the most compelling figure in this sordid tale is the titular subject’s (still current!) wife, Huma Abedin, who must decide how much Weiner she really needs in her life as her advisory role in Hillary Clinton’s budding presidential campaign is jeopardized.

Where Have All the Good Men Gone
{World Premiere. 5/20 9p Uptown; 5/22 11:30a Uptown; 5/31 9p Lincoln Square}
This amazing Danish drama follows a young woman named Sofia and her naïve half-sister Olivia as they exit a truly horrifying life situation to search for Sofia’s biological father. Some may decry the story’s outrageously awful big-bad, but the (far-from-implausible) extremes give way to thrilling surprises in the deeply satisfying third act. Powerful, heartfelt, and (in multiple senses of the word) terrific.

Closet Monster
{5/20 9:30p Egyptian; 5/23 8:30p Uptown}
A jarringly mixed-bag Canadian coming-of-age film about a creative maybe-gay teen boy who feeeeeels SO MUCH. To be fair, he is dealing with a lot: a scene-stealing hamster named Buffy (mind-voiced by Isabella Rossellini), a single dad who is sometimes a complete asshole (how he got residential custody remains a mystery to me), and an imagination vivid enough to alter real-world perceptions. Interesting viewing, despite wild inconsistencies in quality and tone: for every gloriously transcendent moment there’s at least one awkwardly amateurish one.

Demon
{5/20 9:30p Pacific Place; 5/26 9:30p Uptown}
Perplexing Polish creepfest about a wedding that goes disastrously, astoundingly wrong when the groom is possessed by the ghost of a long-dead jilted bride. Or something. The film has its good moments (especially when Polanski and Kubrick are referenced), but the sheer unpleasantness of these nuptials makes it tough for me to recommend you attend.

The Free World
{5/20 9:30p Uptown; 5/30 8:30p Shoreline}
Recently sprung after a lengthy false imprisonment, an animal-shelter worker (sexy Boyd Holbrook) gets tangled in the drama of the troubled wife (Scientologist Elisabeth Moss) of a sociopath cop. The characters’ situations almost excuse the movie flunking the “just call 911” test early on, but unearned third-act events are just not OK. Still the performances are good, Holbrook is total hotness, and there are moments of nicely-rendered suspense.

Ice and the Sky
{5/21 11:30a Uptown; 5/25 7p Uptown}
March of the Penguins director Luc Jacquet returns to Antarctica, this time with noted glaciologist Claude Lorius, to explore humanity’s effect on our climate via ancient air bubbles containing millennia-old clues. Lorius’s ’50s-’70s expedition footage is wondrous, but the cloying English-version narration distracts and detracts. It’s a pity not to hear this great man’s words in his own voice.

The Olive Tree
{5/22 8:30p Majestic Bay; 5/29 5p Renton; 6/1 6p Uptown}
A determined young woman named Alma plots a journey from Spain to Germany to retrieve a centuries-old olive tree — sold from the family orchard years prior, but still precious to her ailing grandfather — after she discovers its current nefarious owners. Alma is a tough character to identify with: she’s her own worst enemy, and her hideous haircut is perhaps her second-worst. But the road-trip portion of the story is fun, even when you don’t completely buy the events surrounding it.

Presenting Princess Shaw
{5/20 7p Egyptian; 5/21 1p Pacific Place}
Docu-tale about a talented but poor New Orleans woman whose a cappella YouTube performances capture the attention of an Israeli music producer named Kutiman. Without anyone’s permission, Kutiman mixes Princess’s vocals with instrumentals and beats from other online musicians, and a viral semi-sensation ensues. The film seeks to be inspirational; I just found it unsettling. Kutiman gives up almost nothing (except whatever it is he’s constantly scratching out of his sizable beard). Princess arguably gives up too much (the amount of self-therapy she commits to pixels is comforting only to her), and her work is the foundation of Kutiman’s breathtaking concoctions. The film chooses not to tackle the ownership conundrum, unfortunately, but it does undeniably come alive when the remix compositions are front and center.

Sunset Song
{5/20 4p Egyptian; 5/21 6:30p Majestic Bay}
Director Terence Davies’s latest film, based on a seminal 1930s novel, looks at the life of a peasant farm family in pre-WWI Scotland. (The brogues are heavy; thankfully there are subtitles.) Sunset Song feels like the first installment of a multi-part family saga, and the glorious widescreen visuals are the stars of the show; they outweigh rather stilted performances by most of the lead performers. In the end it’s a compelling cinematic tale, even if the telling is sometimes clumsy.

Zud
{North American Premiere. 5/23 4p Majestic Bay; 5/25 6:30p Lincoln Square; 5/27 9p Uptown}
After a particularly harsh winter on Mongolia’s frozen steppe kills much of his nomadic parents’ livestock, an 11-year-old boy trains a wild horse to enter a regional race, braving the unforgiving elements in a desperate effort to support the family. Zud‘s 85 minutes do not gallop by quickly: the exposition is lengthy, and mostly dialogue-free. The rest of the movie isn’t a thrill-a-minute either. But the panoramic widescreen photography is often lovely, and the film’s ethnographic value makes it worth considering.

Carnage Park
{5/20 midnight Egyptian; 5/22 9p Uptown}
Tedious grindhouse homage about the hostage of a bank-robbing duo who unwittingly finds herself in the killing fields of a deranged sniper. The film fails (and one wonders if it even really tries) to look like it was shot in the ’70s, to splatter convincing gore, or to startle in any way whatsoever. A chore, and a bore.

Slash
{5/20 4p Uptown; 5/21 8:30p Uptown}
A lonely high-school freshman named Neil discovers a new creative outlet when his brassy new friend Julia introduces him to the world of online erotic fan fiction. Movies about writing often struggle to bring visual representations to life; this one fails a bit more than it succeeds. Call me square, but even a story that takes place in the world of fanfic and Comic-Cons needs believable characters, decent pacing, and some inkling of theme. Slash is one of those frustrating films in which characters too frequently fail to make sensible choices, better serving awkward plotting than narrative authenticity.