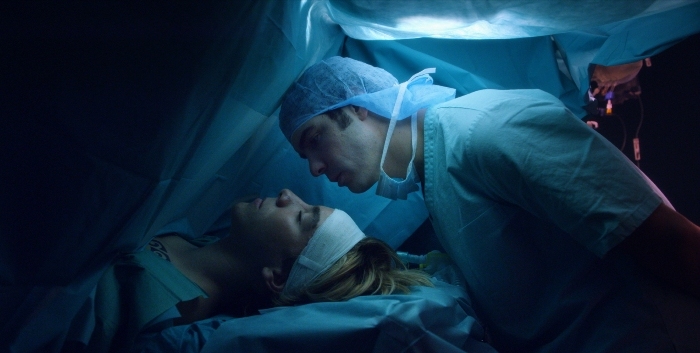 Seattle’s beloved movie gorge-a-thon gets underway this evening, gala-style, with The Big Sick, and will be followed by 24 days of an ever-varied (and ever-bloated) lineup. TIG’s intrepid SIFFers have already been watching films — like, LOTS — and once again we’ll be around for the duration to help you peruse and choose.

So let’s begin at the beginning, shall we? Here are my brief remarks on eight features to queue up for, three to avoid outright, and ten to be cautiously optimistic/pessimistic about, all screening at some point during the 2017 festival’s first week (through May 25).

After the Storm
{5/19 7p Uptown; 5/20 4p Egyptian}
The latest gentle, slice-of-life domestic masterpiece from Japanese master Hirozaku Kore-eda concerns a ne’er-do-well father attempting to reconnect with his ex-wife and estranged son. Through a series of miscalculations and machinations, they all end up together in his elderly mother’s home as a typhoon approaches. While the story may not have the emotional surprises of Our Little Sister, or be the gut-punch that is Nobody Knows, this is a Storm you don’t want to sit out.

Chavela
{5/19 6p Uptown; 5/20 11a Pacific Place}
This documentary about Chavela Vargas — a music icon in Latin America and elsewhere, famous for audience-destroying performances and indelible presences on Pedro Almodóvar soundtracks — starts rough but becomes wonderful by the second half. Chavela’s comeback at age 72 (thanks in part to Almodóvar’s efforts introducing her to European audiences) is amazing on its own, and her final, most successful 20 years are summated beautifully. A joyous anthem indeed.

A Dragon Arrives!
{5/20 6p Lincoln Square; 5/22 7p Uptown; 6/3 12:30p Uptown}
A tough film to summarize, but an easy one to recommend. It’s ostensibly about a police inspector piecing together strange events that occurred during a prior murder investigation. But the visual experience is so startling that the narrative tends to fall away — and I often found myself wishing the subtitles would follow suit. Honestly, I’d probably have come away from the film with similar comprehension, and possibly with enhanced appreciation.

Goldstone
{5/19 4:30p Uptown; 5/22 7p Majestic Bay; 5/24 8:45p Uptown}
Did you see Mystery Road? I didn’t, but I’ve been made aware it’s the second of Australian director Ivan Sen’s films to feature Aaron Pedersen as the rugged, troubled detective Jay Swan. I didn’t feel like I’d missed out on anything while watching and enjoying this new Outback noir (or maybe walkabout western?) about various corruptions in a frontier mining town. The ruthless mayor of said town is played by Jacki Weaver, who elevates everything a few notches. Very entertaining stuff.

The Midwife
{5/19 4:15p Egyptian; 5/20 6p Uptown; 5/30 9p Lincoln Square}
A gifted, old-school midwife (Catherine Frot) is contacted by her father’s free-spirited ex-mistress (Catherine Deneuve), who seeks a reconnection after 30 long years. The events that follow make for a beautifully rendered, briskly-paced, frequently astonishing interplay between two screen legends. The French title of the film, and the French word for “midwife”, is “Sage-Femme” — literally “wise woman”. This speaks to situations in the back half of the narrative; be sage and discover it for yourself.

Two Irenes
{5/25 9p Lincoln Square; 5/30 6p Uptown; 5/31 4p Uptown}
A quiet 13-year-old girl named Irene, dealing with a full-of-herself older sister and general feelings of adolescent awkwardness, discovers that her father has a second family living nearby — complete with a confident, independent daughter also named Irene. There’s a lovely delicateness to this coming-of-age tale; the Irenes develop a friendship, and watching it unfold is pure pleasure. (Also, in case you were wondering, the Madonna/whore paradigm is in full effect with the dad’s situation.)

Backpack Full of Cash
{5/19 3:30p Uptown; 6/6 7p Pacific Place; 6/7 4:30p Pacific Place}
A woefully under-regulated system of privatization is diminishing America’s public schools, and this documentary focuses on Philadelphia as a “what not to do” template. Former US Assistant Secretary of Education Diane Ravitch provides some of the film’s best and most thoughtful interview material — I’d love to see an entire documentary focused on her. But aside from a brief epilogue, most of Backpack‘s presented stats and footage are from 2014 and earlier. Many of the issues covered are unfortunately still relevant, but this scope is not quite sufficient for our 45/DeVos reality.

Ethel & Ernest
{5/19 1:30p Pacific Place; 5/21 12p Uptown}
Uneven animated film version of the graphic novel by Raymond Briggs about his titular parents, voiced by Brit stalwarts Brenda Blethyn and Jim Broadbent. The narrative covers rich decades in UK history (1920s to 1970s) in very broad strokes, with little of the subtlety or nuance of the best Briggs adaptation (The Snowman). It’s always nice to see such lovingly hand-drawn animation, but unfortunately Ethel & Ernest‘s great moments are few and far between.

Food Evolution
{5/19 7p Pacific Place; 5/20 11:30a Uptown}
Clumsy, mostly rote documentary about the polarizing debate surrounding the use of GMOs in food production. The filmmakers attempt to separate hype from science, mostly in favor of the pro-GMO side; expect lots of super-brief shots of highlighted whitepapers. A film that tries to soften anti-Monsanto sentiment without adequately addressing the company’s excessive patent litigation (and subsequent bankrupting of family farms) probably isn’t going to move perceptions for its target viewers. It certainly didn’t sway mine.

Hedi
{5/24 9:30p Uptown; 5/27 1p Shoreline; 6/11 6:30p Uptown}
The title character is a Tunisian salesman of French automobiles; he’d rather be drawing, though, and he dreams of a visual arts career. Also he doesn’t seem to be looking forward to an imminent (arranged) marriage. Days before the wedding he meets a free(r)-spirited adventurer who inspires a sort of personal rebellion. This is a well-acted and nicely-paced drama that’s ultimately not terribly new and only marginally inspiring.

Lemon
{5/19 9:30p Egyptian; 5/20 1:30p Uptown}
Droll, seriously absurdist dark comedy about L.A. and some of its fictional denizens, mostly one played by Brett Gelman: a middle-aged actor and teacher dealing with the end of a relationship whilst waiting for an elusive big break. Gelman is among many recognizable character actors you’ve probably seen in good films and shows, and their gameness is part of what makes this crazy-ass movie so damn watchable. Lemon is not for everyone, but adventurous SIFFers are in for some vivid audaciousness.

The Man
{5/21 8:30p Majestic Bay; 5/23 4:30p Uptown; 6/4 8:15p Kirland}
Marginally involving Danish drama about a world-famous artist whose confidence is shaken when his long-lost son, also a creative type, reappears and shakes some shit up. Several paradigms are glimpsed here: traditional forms vs. street art, father vs. son, old/outmoded vs. young/fresh — none really dealt with in a particularly compelling way. Still, the film is quite stylish and mostly not annoying… up until the eyeroll-inducing final exhibition.

Moka
{5/19 6:30p Lincoln Square; 5/20 9p Uptown}
French superstars Emmanuelle Devos and Nathalie Baye star in a Hitchcocky revenge thriller about a mother hellbent on tracking down the driver of a mocha-colored Mercedes that struck her late son. The narrative is brisk and engaging, despite a couple of plot holes the collective size of Lake Geneva — around which the action moves with lovely related images.

Pyromaniac
{5/20 1p Majestic Bay; 5/22 6p Uptown; 5/31 6:30p Shoreline)
Norwegian filmmaker Erik Skjoldbjærg (Insomnia) serves up a psycho-thriller based on the true story of a fire chief’s son who happens to be a… well, look at the title. Said firestarter Dag terrorizes his rural community with a series of increasingly dangerous blazes over the course of an otherwise lovely summer — and oddly enough the effect is quite chilling. Great sound design and photography stand out, even when the story burns far more slowly than Dag’s spectacular infernos.

Step
{5/21 6p Uptown; 5/22 4p Uptown}
The inaugural class of the Baltimore Leadership School for Young Women began its senior year in 2015, in the wake of Freddie Gray’s death (and subsequent protests around the police officers involved). This rollicking, uneven documentary follows members of the school’s step-dancing team (three young women in particular) as they train for their final championship meet. Amazing girl power on lively display, even when the screen presentation feels stilted.

Tea Pets
{5/20 1p Lincoln Square; 5/21 11:30a Uptown; 6/4 1p Kirkland}
The most interesting character in this frantic animated mishmash isn’t one of the titular clay figurines (supposedly good-luck charms for tea drinkers) but a little robot named Xiao Lai, who visually is like an amalgam of Wall-E, BB-8, and any South Park character you can think of. His existential crisis is the film’s richest narrative element, and should have been the focus. Alas, we get instead a very broad adventure in which a ragtag gang seeks a fabled mystic. Still, not at all awful.

The Bloom of Yesterday
{North American Premiere. 5/22 9:30p Uptown; 5/24 6:30p Lincoln Square; 5/25 4p Uptown}
A movie full of atrocious acts by mostly uninteresting characters. The story concerns a Holocaust researcher (Lars Eidinger) who’s struggling with his lineage, and with an anger-control problem that borders on pathological. He’s assigned a new intern (Adèle Heanel) whose interpersonal style is unconventional to the point of neurosis. You have an idea where this might be going? Screen depictions of undiagnosed personality disorders are rarely so boring, especially in a film so fucking sure of itself. Transgressive, and not in a good way.

Gholam
{5/25 6:30p Uptown; 5/26 6:30p Lincoln Square; 6/2 4p Shoreline}
Shahab Hosseini, probably best known for starring roles in recent Iranian films A Separation and The Salesman, is no doubt an appealing performer, and it’s a pity watching his talents squandered on a narratively inefficient bummer like Gholam. He plays a cab driver living in London. An enigmatic past presents a conflict within the quiet life he seems to be aiming for. He’s in a lot of stilted, protracted, empty shots of walking and driving. True misery.

Hello Destroyer
{5/20 9:30p Pacific Place; 5/21 3p Uptown}
Depressing slog of a movie about a minor-league hockey player whose experience in a brutal world of institutionalized violence leads to a real bummer of a downward spiral. Opt out unless you find yourself in a self-punishing mood, or have an inordinate fondness for unnecessarily prolonged shots of any of the following: physical training, slaughterhouse kill-floors, the backs of people’s heads. I was very happy to say goodbye to this Destroyer.