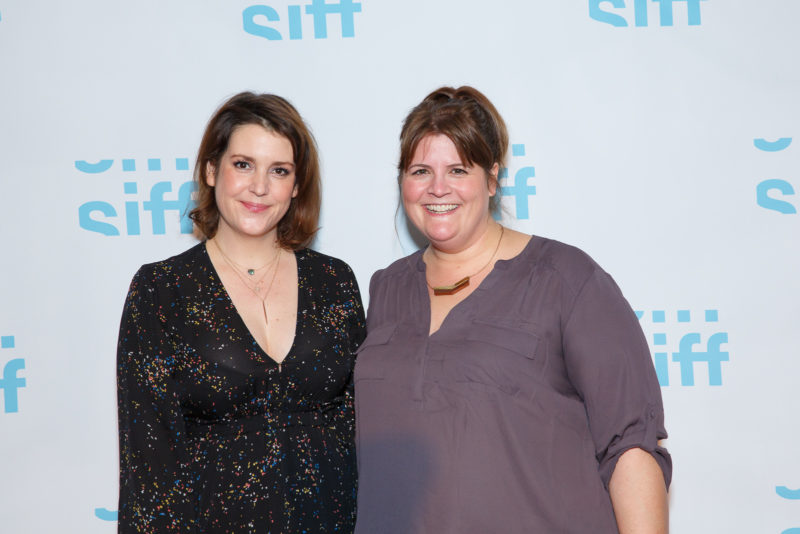 SIFF 2018: Photos – An Afternoon with Melanie Lynskey and SADIE Premiere

Apologies for the late posting, friends, but I was basically so BLOWN AWAY by getting to see Melanie Lynskey on stage last Sunday that I’ve only now been able to like, breathe, and get these photos in order!

The audience at An Afternoon with Melanie Lynskey was treated to some clips from her vast catalog of amazing roles, and then Marcie Sillman of KUOW invited Melanie on stage for an interview. I can’t tell you exactly everything she said, but I can tell you that I was laughing so hard through most of it, I almost fell out of my chair. Some highlights included Melanie telling us all that Flight of the Conchords is an accurate representation of New Zealanders, and how if you’re a filmmaker auditioning a newcomer, DO NOT show the new person an audition tape from a seasoned actor before they audition themselves (re: Peter Jackson & Kate Winslet)!

Megan Griffiths’ film Sadie, starring Sophia Mitri Schloss as the title character and Lynskey as her mom, screened after the interview. (If you have a chance, I HIGHLY recommend grabbing tix to see its second screening at SIFF next Wednesday, June 6)

Take a look at some photos we snapped on the red carpet:

{all photos taken by imaginary rich}