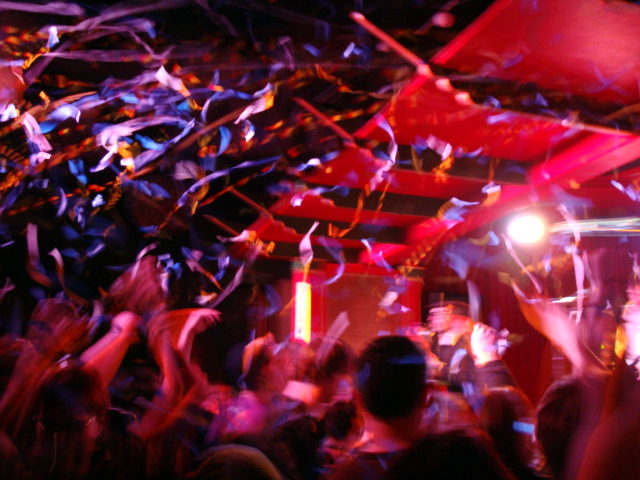 Ok, maybe not ALL the time, but a good majority of the time for sure. This year’s Seattle International Film Festival features TEN parties — more than enough to let your hair down and hang out all night.

Party time starts on Thursday, May 19 with the Opening Night Gala, immediately following SIFF’s first screening of the festival: Café Society (Directed by Woody Allen). Dancing, drinks, free food, and tons of merry commence — GA tix {$50| $45 for SIFF Members} usually include a few drink tickets, or you can level up to the Premium Tix {$100 | $90 for SIFF Members} for advanced entry and OPEN BAR (aka: #allthebooze). Sadly, the ultra-VIP Red Carpet Experience is already sold out {sob}. Movie: 7pm at Marion Oliver McCaw Hall; Party: 9pm’ish at the Seattle Center Exhibition Hall.

SIFF 2016’s first Saturday Night Party is Saturday, May 21 at Pacific Place, catered by Il Fornaio! See Indignation, based on the novel by Phillip Roth, then have a few drinks while you plan your schedule for the rest of the fest. Bonus drinking game: do a shot every time there are 2 or more movies you want to see playing at the same time. Movie: 6:30pm at AMC Pacific Place; Party; 8pm’ish, also at Pacific Place

Next up: Oh, You Pretty Things! A David Bowie and Glam Rock Dance Party on Friday, May 27 at the Neptune Theatre. Cover yourself in glitter and glam your way through an evening in tribute to David Bowie with sing-along videos, Bowie-inspired burlesque, a performance by BowieVision, and non-stop dancing to tunes spun by DJ Freddy King of Pants.  {Neptune Theatre | $15 | $13 SIFF Members}

And now the party I’m most upset about missing {for a good reason, but STILL}: the Saturday Night Party May 28 for The Intervention at the Seattle Art Museum. A movie directed by one of my favorite ladies {Clea Duvall}, starring many of my favorite ladies {Clea, Melanie Lynskey, and Natasha Lyonne}. Auuuuuggh! I need a clone. Movie: 6:30pm at AMC Pacific Place; Party 8pm’ish at S.A.M.

The Centerpiece Gala is always a must! On Saturday, June 4, enjoy a screening of Gleason followed by a gala at D.A.R. with dancing, cocktails {which you will be in need of after crying your face off during the movie}, and the biggest spread of snacks & desserts you’ve ever seen. Snag tix to both the film and party for $25 | $23 SIFF Members. Movie: 5pm at SIFF Cinema Egyptian; Party: 7pm’ish at D.A.R. Rainer Chapter House

SIFF’s annual Gay-La happens after its June 9 screening of Being 17 at The Baltic Room! Dance the night away from 9pm until midnight with food from Poquito’s. #TACODANCEPARTY !!! Grab a ticket to both the movie and the party for only $25 | $23 SIFF Members.  Movie: 7pm at SIFF Cinema Egyptian; Party: 9pm at the Baltic Room.

There’s also the Renton Opening Night on Thursday, May 26 with a screening of My Blind Brother at the Renton IKEA Performing Arts Center with a reception following at the Renton Pavilion Event Center feat. food from from ‘all of Renton’s best restaurants {$35 | $25 SIFF Members}, and Kirkland Opening Night on Thursday, June 2 with a screening of Paul à Quebéc — note that this one is flipped! Pre-film reception at 6:30pm {catered by Volterra! My fave} at the same place the film is screening: Kirkland Performance Center. Movie: 8pm.

And finally, the Closing Night Party on Sunday, June 12 after a screening of The Dressmaker. Music, food, drinks …. and lot of very tired SIFF-goers. Similar to the Opening Night, you can choose from GA tix {$50| $45 for SIFF Members}  or you can get Premium Tix {$100 | $90 for SIFF Members} for advanced entry and open bar. Movie: 6pm at the Cinerama; Party 8:30pm’ish at MOHAI

One more “party” just to kick this list up to 11: there’s a Prince Sing Along happening at midnight on Sunday, May 29 at SIFF Cinema Egyptian! Sing along to your favorite Prince videos and celebrate the legacy of His Purple Highness. $13 | $11 SIFF Members