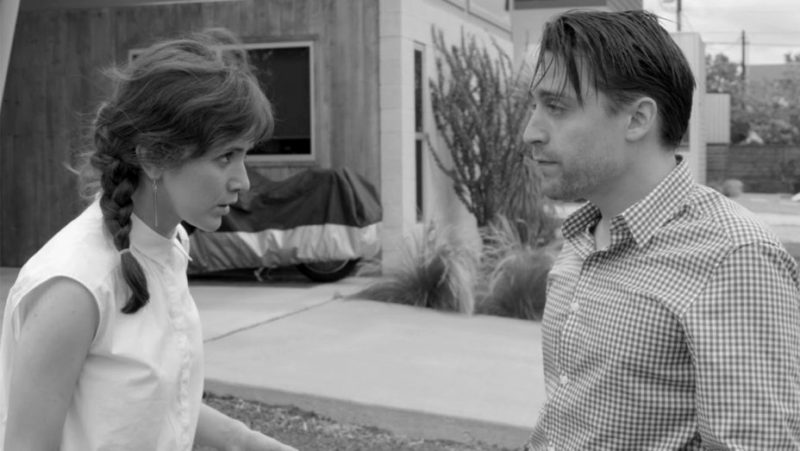 Honestly I’m still turning Infinity Baby over and over in my mind because I’m not quite sure how I feel about it.

On the one hand, it’s biting satire about a not-so-distant future where abortion has been made illegal {augh! too close to home!!!} and advancements in stem cell research have produced a genetic goof: babies who never age, never cry, get fed with pills, and only poop once a week.

On the other hand, it’s got one of the most toxic male leads I’ve ever seen on screen surrounded by other men who say shit like, “Making babies is easy. Taking care of them is a punishment” and referring to changing diapers as, “The WORST thing I’ve ever done” {sure, it’s funny — but there’s only so much of that I can watch without wanting to barf because HI REAL LIFE}, and women who seem to be stuck in a stereotypical, “I gotta get married and have babies” loop.

Good things include seeing a few of those women push back against the thick layer of toxic masculinity, plus a killer cast (including some of my faves: Keiran Culkin, Megan Mullally, Nick Offerman, Megan Kelly, Kevin Corrigan & Stephen Root).

Despite my reservations against how much of the satire is actually satire and how much of it is … unnecessary, in the end I enjoyed it—particularly the way Director Bob Byington {who also made the adorable and very funny 7 Chinese Brothers!} chose to frame everything and shoot in black and white.

It definitely feels different than the usual, which I’m always a big fan of. You’ve got two chances to catch it at SIFF; starting tonight!