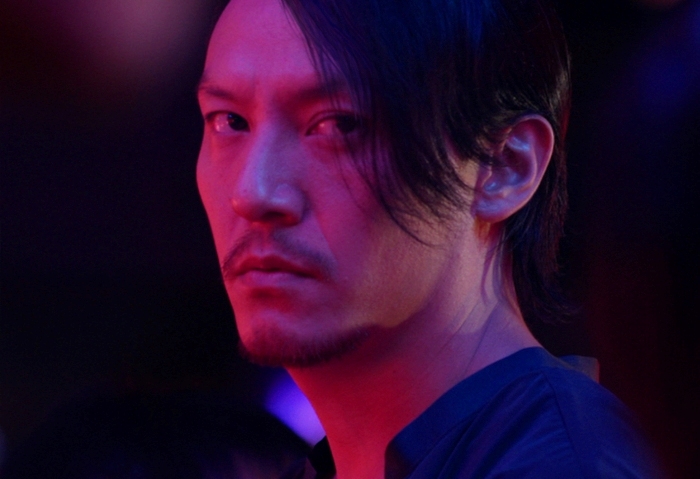 A deeply moving feature about a hitman who makes noodles, a documentary about a bumbling made-for-TV president, and a quietly effective supernatural tale are among your can’t-miss options during the final days (thru 6/11) of SIFF 2017.

A Dragon Arrives!
{6/3 12:30p Uptown}
A tough film to summarize, but an easy one to recommend. It’s ostensibly about a police inspector piecing together strange events that occurred during a prior murder investigation. But it’s so startlingly visual an experience that the narrative tends to fall away — and I often found myself wishing the subtitles would follow suit. Honestly, I’d probably have come away from the film with similar comprehension, and possibly with enhanced appreciation.

A Ghost Story
{6/9 9:30p Uptown; 6/10 2:30p Uptown}
I have issues with Casey Affleck, whose character in this film becomes the titular ghost, but I was eventually able to appreciate the delightfully languorous, white-sheeted driftings of said apparition. The tale of any haunting is about the haunted, too, one of whom is played here by Rooney Mara, quietly effective as the widow of the deceased. As meditative as the experience is, director David Lowery (Ain’t Them Bodies Saints) manages a couple of very keen jump-atcha scares, and prevents a slippery third act from diminishing the cumulative chill.

Mr. Long
{6/2 9:30p Egyptian; 6/8 9:30p Egyptian; 6/10 9:15p Egyptian}
If there existed a “Tenderest Movie” prize, this lovely and satisfying film could easily take top honors in the Crime Flick category. A stoic, taciturn Taiwanese chef and assassin (!) hides out in a Japanese village after a job (of the hitman variety, not a catering gig) goes awry, and… well, goodness finds him, despite his best efforts, until inevitability comes knocking. Mono-moniker director Sabu takes us inward before moving sideways, visually and narratively, and the results are deeply moving. A stunner.

The Paris Opera
{6/3 3p Uptown; 6/5 6:45p Uptown}
Captivating, thorough, verité-style peek into a year at l’Opéra de Paris, from behind-the-scenes finance strategizing to new talent acquisitions to the backstage blotting of a prima ballerina. This is documentary proof that it takes a village — or perhaps an army — to execute a season at one of the world’s most prestigious performing-arts institutions. Francophiles rejoice!

The Reagan Show
{6/2 8:45p Uptown; 6/3 2:30p Egyptian; 6/7 4:30p Uptown}
Ronald Reagan was an actor, and his presidency was the role of a lifetime. Made up entirely of archival news and White House footage, expertly sliced-and-diced into a tight 75 minutes, this captivating documentary captures highlights of the eight-year reign of our first made-for-TV president. It gets the absurdity, too: previously-raw footage of Nancy just NOT HAVING IT, and of Gorbachev throwing major shade, had me guffawing.

Backpack Full of Cash
{6/6 7p Pacific Place; 6/7 4:30p Pacific Place}
A woefully under-regulated system of privatization is diminishing America’s public schools, and this documentary focuses on Philadelphia as a “what not to do” template. Former US Assistant Secretary of Education Diane Ravitch provides some of the film’s best and most thoughtful interview material — I’d love to see an entire documentary focused on her. But aside from a brief epilogue, most of Backpack‘s presented stats and footage are from 2014 and earlier. Many of the issues covered are unfortunately still relevant, but this scope is not quite sufficient for our 45/DeVos reality.

Dirtbag: The Legend of Fred Beckey
{6/4 4p Egyptian; 6/10 6p Uptown}
Apparently the term “dirtbag” as used here refers to a rare breed of rebellious, fearless mountain climbers. This rambling but modestly engaging documentary is the result of a ten-year shadowing of Fred Beckey, a 94-year-old PNW native who apparently knows more about North America’s mountains than any other living human. If you’re outdoorsy, you’re a member of the choir to which this film is preaching. If you’re not, you may still appreciate the accomplishments and refreshingly brusque demeanor of the titular dirtbag.

Finding Kukan
{6/2 4:30p Ark Lodge}
Filmmaker Robin Lung encapsulates a seven-year effort to uncover the remarkable story of Li Ling-Ai, the un-credited female producer of Kukan, a 1941 Oscar-winning documentary (long believed lost) about WWII-era Chungking. Every aspect of Lung’s film is well-intentioned, so it’s at the risk of being a total asshole that I must report the re-enactments include some not-great silhouette work and, um, interpretive dance. But Li Ling-Ai’s story is undeniably compelling, and deserves to be more widely known.

Hedi
{6/11 6:30p Uptown}
The title character is a Tunisian salesman of French automobiles; he’d rather be drawing, though, and he dreams of a visual arts career. Also he doesn’t seem to be looking forward to an imminent (arranged) marriage. Days before the wedding he meets a free(r)-spirited adventurer who inspires a sort of personal rebellion. This is a well-acted and nicely-paced drama that’s ultimately not terribly new and only marginally inspiring.

The Man
{6/4 8:15p Kirkland}
Marginally involving Danish drama about a world-famous artist whose confidence is shaken when his long-lost son, also a creative type, reappears and shakes some shit up. Several paradigms glimpsed here: traditional forms vs. street art, father vs. son, old/outmoded vs. young/fresh — none really dealt with in a particularly compelling way. Still, the film is quite stylish and mostly not annoying… up until the final exhibition.

Tea Pets
{6/4 1p Kirkland}
The most interesting character in this frantic animated mishmash isn’t one of the titular clay figurines (supposedly good-luck charms for tea drinkers) but a little robot named Xiao Lai, who visually is like an amalgam of Wall-E, BB-8, and any South Park character you can think of. His existential crisis is the richest narrative element, and should have been the focus of the film. Alas, we get instead a very broad adventure in which a ragtag gang seeks a fabled mystic. Still, not at all awful.

Zoology
{6/3 8:45p Kirkland; 6/6 8:45p Ark Lodge; 6/10 6:30p Uptown}
In this tale about growth, a woman grows a tail. See what I did there? The woman in question is a middle-aged introvert named Natasha, and the discovery of the burgeoning new appendage leads to many more unexpected things for her: a newfound appreciation for her femininity, an intolerance for general bullshit, and the attentions of a strapping young radiologist. This film had me until the third act, when a sideways development sucks (literally, almost) the love-yourself mojo away; almost a narrative tailspin, but not quite.

Gholam
{6/2 4p Shoreline}
Shahab Hosseini, probably best known in the US for starring roles in the Iranian films A Separation and The Salesman, is no doubt an appealing performer, and it’s a pity watching his talents squandered on a narratively inefficient bummer like Gholam. He plays a cab driver living in London. An enigmatic past presents a conflict within the quiet life he seems to have achieved. He’s in a lot of stilted, protracted, empty shots of walking and driving. True misery.

Lane 1974
{6/2 7p Egyptian; 6/3 2:30p Uptown}
This sun-kissed slog, based on a Clayne Hayward memoir, follows the titular 13-year-old (played with great delicacy by promising newcomer Sophia Mitri Schloss) as her 1970s Norcal counter-culture communal life is upended by her restless, generally terrible mother. Some scenery is lovely, some performances are good. But even at a slight 81 minutes Lane seems long, a missed opportunity for a great narrative short 1/4 the length.