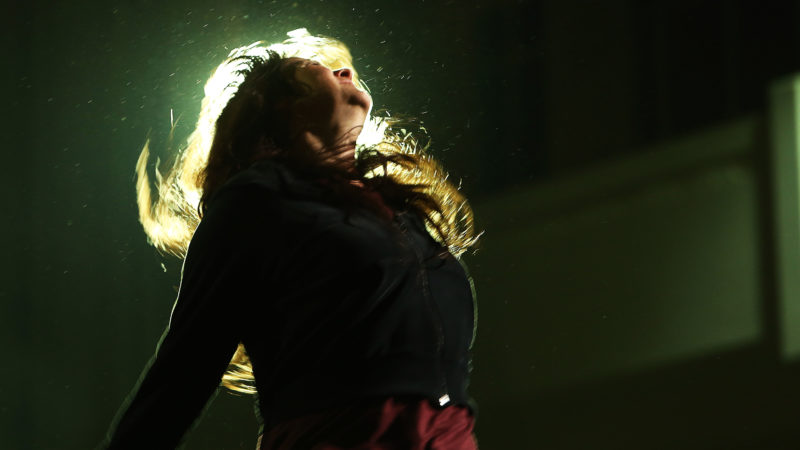 Ok, so do you know who Nico is? I’ve been sort of aware of her forever but I’m not steeped in Nico lore, so if you’re an acolyte already, you can skip ahead a bit. Or just skip this altogether and go see this glorious biopic that honors what she was about much better than I’m going to manage here.

For the rest of us who don’t exist in her artistic orbit, here’s a primer. Nico was one of the ur 60s It Girls. She was born Christa Pfeffer in Germany in the 40s. Her father was a Nazi soldier who was killed in the war. In her teens and early 20s she was a successful Mod model, sang on The Velvet Underground’s seminal first album, served as the figurehead of Andy Warhol’s Factory Girls, and then went on to do solo albums steeped in poetic pathos and accompanied by her signature harmonium. She’s touted as the proto-goth and beloved by Deep People. Many people are somewhere between puzzled and patronizing about her off-key singing style and junkie-friendly lifestyle, but to others she’s the very real deal.

In Nico, 1988, written and directed by Susanna Nicchiarelli, lets us ride shotgun, squeezed in with the rest of the band, on a couple of tours during what turn out to be the last couple of years of her life. It’s based on true things and improvises others, but biographical fidelity here is pointless to arbitrate because this is about the artist and about the art and about the woman. Trine Dyrnholm plays her, but Trine Dyrnholm disappears and only Nico—or Christa, as she prefers to be called—remains. Check the soundtrack: Dyrnholm does all the singing too.

Nico is placidly but firmly uncompromising. Occasionally she lies but mostly she is empty of patience for anything other than what is true and before her. She is no more than glancingly interested in hiding or apologizing for what she does or what she wants, including a steady habit of heroin. Yet during one of her sets, when her guitarist is too high to play, she explodes and storms offstage. Later she complains, with a slightly knowing smile, about the amateur junkie’s she’s forced to play with. She claims at one moment that she doesn’t want to play music any more, that she owes her audience nothing. But then there she is on a stage in Czechoslovakia, in the throes of withdrawal because they can’t score any smack there, but still putting on the show of her life at a clandestine gathering of students who thrill to her raw emotional honesty that blows irreparable gaping holes in the repressive suffocation of their reality. There’s no contradiction anywhere in all of this. Nico, Christa, is not an amateur junkie. She is an artist and a heroin addict and an unwilling icon and a rock star and a grieving mother who wants to save her son from his demons but knows that neither of them is quite exactly capable of full rescue. She is a star and people worship her or recoil from her in equal measures. She says she hopes she is ugly because of what they took from her when she was beautiful. She inhabits and transcends both ugliness and beauty, and she keeps playing.

So now let’s talk about feminism for just a minute. Nico, Christa, Trine, in this movie they are all about 46 or so. Together, they converge to inhabit something vanishingly rare: a movie about a woman, who is over 40 and very damaged but also very extraordinary, that is not about what that person’s identity represents as a symbol. Nico, 1988 is not about what it is like to be an aging rock star. It is not about what it is to be a mother. It is not what it is to be a 46-year-old woman. Or a 46-year-old heroin addict. It is not about what Nico, as a woman, owes the world or what she has been deprived because of her age or her gender or her life or her lifestyle. The movie does not give a shit. Nicchiarelli doesn’t give a shit. Nico doesn’t give a shit, and neither does Christa. This is a movie about her and what happened to her and what happened because of her. She does not die in the final act because she was a junkie or a bad mom or a good mom or a fading It Girl or an artist out of her time or a Woman of a Certain Age We are not expected to learn how hard it is for 46-year-old women. In fact, spoiler alert, she does not, in fact, die in the final act at all. She is not punished. She does not live–who does?–but she does not die for the sin of her gender or her flaws or her ambition. This is a movie about a person in a way that movies about women around this age or older seldom are.