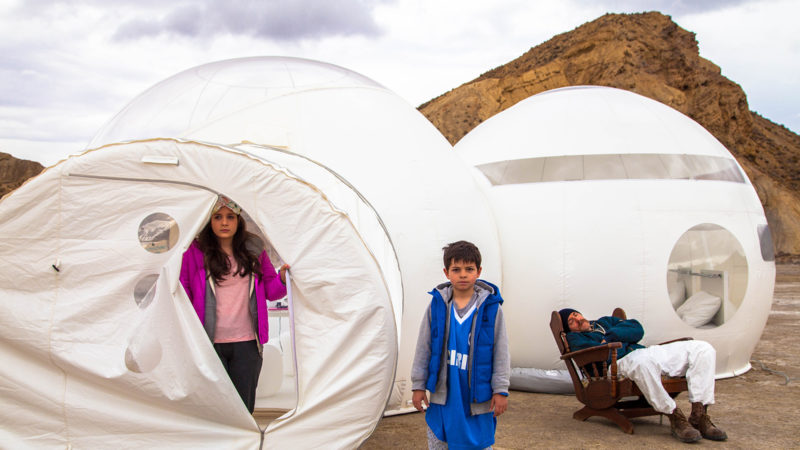 Anita and Tito’s loving and eccentric father has recently died, and he’s sent them to live with their significantly more eccentric uncle who’s stranded himself very deliberately out in the desert near Area 51 to do either Mysterious Scientific Things or possibly Nothing Much (it’s hard to say), and who is in nearly as much need of a rescue as they are. Much of the film looks as if it was shot by very pleasant aliens with an Instagram account—benevolent aesthetes with a Steadicam affixed to their languid saucer, dropping little hints that a change of perspective is really going to open up a lot for all of them.

SIFF describes the film as a drama, and I heartily disagree. It’s a comedy that handles dramatic subjects with kindness and humor. SIFF also bills this as a family film, and that is strictly accurate. It’s very sweet, and warmly funny.