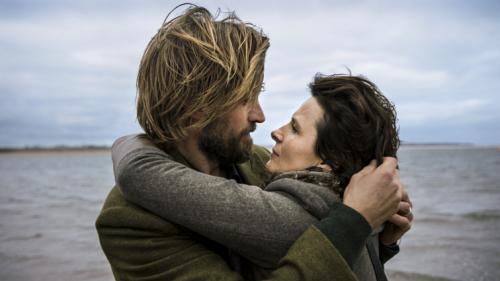 1,000 Times Good Night might be described as “the SIFF’iest movie ever.” Juliette Binoche plays Rebecca, a photojournalist who specializes in shining the light on the world’s conflict zones, and who can’t seem to reconcile her home life and her job life—even after a life-threatening accident that occurs by putting herself in the line of fire.

In the achingly beautiful and horrific opening sequence, Rebecca is photographing a female suicide bomber when it’s detonated earlier than expected and ends up fracturing her rib. Even terrified and in pain, she picks herself up and clicks the shutter, capturing the aftermath before passing out and waking up in the hospital. Shell-shocked, Rebecca returns home to two daughters she barely knows because of all the time she spends away and a husband (Nikolaj Coster-Waldau) weary of waiting for news of her death.

Director Erik Poppe fills the screen with haunting imagery and relies more on Binoche’s incredible ability to emote than dialog, which fits the mood of the film perfectly. And although at times the story seemed unsurprising, the end really packs a punch. There are lots of layers to unfold here, both personal and political.