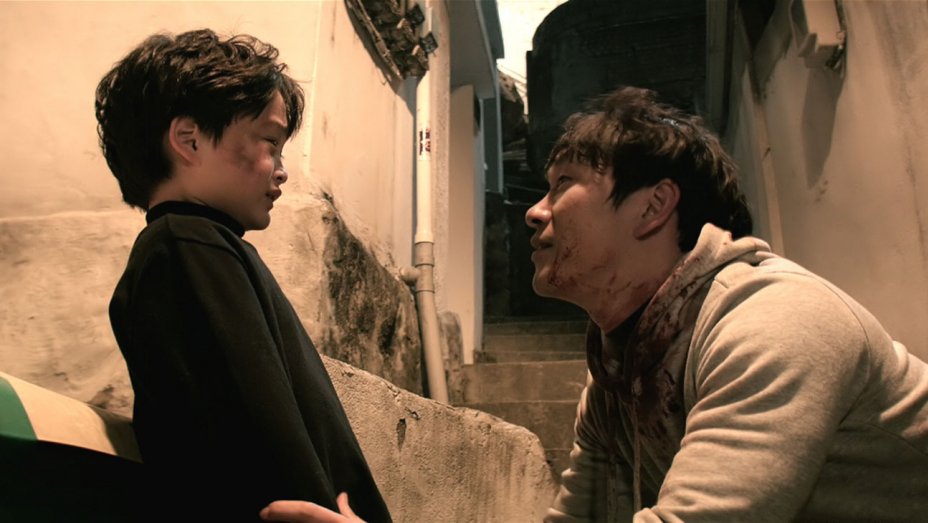 Oof, what a mess of a movie. The first part feels like it might be a worth-it kind of mess. It’s like a jumbly mashup of Groundhog Day, The Shining, and Edge of Tomorrow with a gritty Escher overlay (which sounds hella cool—get on that one, students). Su-min, a photographer, witnesses a murder and then the murderers murder him. He wakes up, naked, on top of a hill across the street from where he lives where a labyrinthine tangle of run-down houses all stacked on top of one another patchwork the hillside. He makes his way back to his apartment in a couple of long, mumblecore-y takes (huffing and puffing like a perv because of the bad Spaghetti-western overdub), crossing paths with a couple of enigmatic figures—a child with a knife, a brooding young woman—and promptly gets murdered again. Wakes up again in the same place, this time with clothes on. Encounters same enigmatic figures, getting enmeshed with each in disturbing ways, and ends back up at the top. Reset.

It makes little sense, but it seems like it might be going somewhere. Then, abruptly, it abandons the whole potentially intriguing conceit to morph into a boring relationship drama about a paranoid, selfish jerk who steadfastly refuses to confront his guilt about (spoiler!) his mother’s suicide. It was all a dream! Or something! Is he crazy? Or just a dick?

There really, really isn’t a point to almost any of it. No matter what traumas he suffers or what made him the way he is, Su-min is awful.