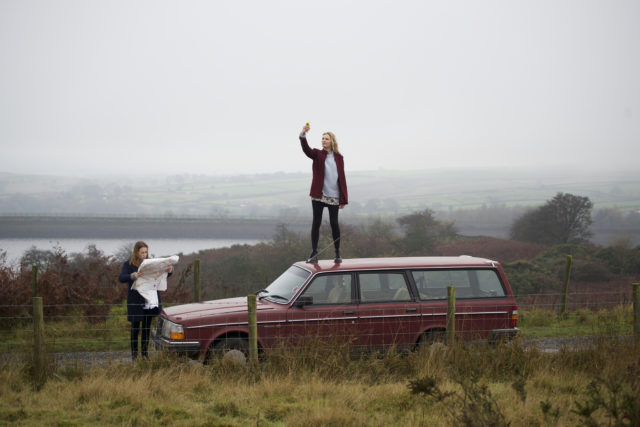 “Essentially this is Thelma & Louise with Casper the friendly ghost.”

The above quote is the one Dan sends his friends Seph {Laura Carmichael} and Alex {Chloe Pirrie} off on a road trip with in Burn Burn Burn — from a pre-recorded video on a laptop, since he’s no longer on this earth. For his dying wish, Dan leaves very explicit instructions for his best friends to take him to four specific locations across the U.K. and scatter part of his ashes in each one.

As they travel to each stop, Seph and Alex learn a little more about themselves, and each other, as they watch Dan’s video musings that move from cheerful regret to outright anger — both at the fact that he’s dying from a rare cancer at the age of 29, and at his friends for not figuring their shit out and living happily.

A few things I want to note: the last quote we hear from Dan at the end of the film is MY EVERYTHING, and the next time some a-holes try to harass me and my girlfriends anywhere, I’m going to windmill my arms like crazy while I run around screaming.