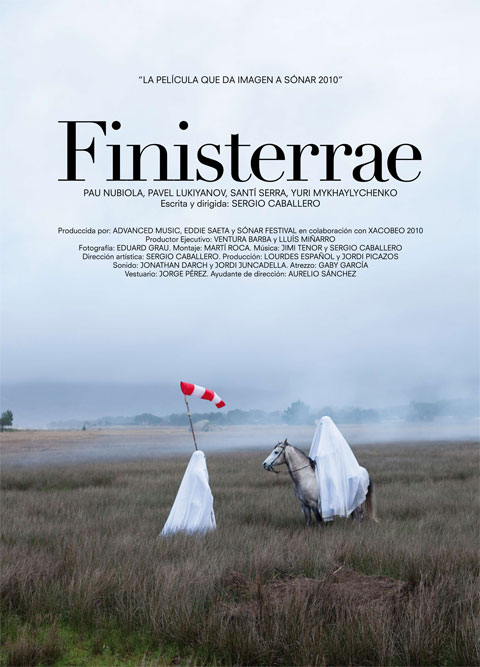 The other day I was talking to a fellow festival attendee on line at a SIFF press screening.  When he heard I’d seen Finisterrae it came up that they’d shown the trailer for it at the SIFF members’ preview. He explained it was basically three minutes of two guys walking around in white sheets, occasionally with a horse – but there was really not much going on. In exchange for this information, I replied that the film in its entirety was very much the same, only about 77 minutes longer.

For the right audience Finisterrae is likely a masterpiece of experimental cinema that perhaps has hilarious allusions to The Seventh Seal and likely deep commentary about the nature of death and life. However, to this viewer, it really did boil down to two ghosts (portrayed by men wearing white sheets) on the most boring road trip of all time. From the short festival description “High art meets low comedy in this absurd road movie where two ghosts, clad in bed sheets with eyeholes cut out, seek rebirth by traveling to Finisterrae, the end of the earth” I guess I was expecting a different movie. Some of the humor I think I caught (for example you’ll notice the sheets get dirtier and dirtier as time goes on), but I’ve got to say the EXPERIMENTAL component really is the key thing here.  Go knowing that with my best wishes. This one just reminded me that I am not an experimental guy – in the cinematic regard at least.