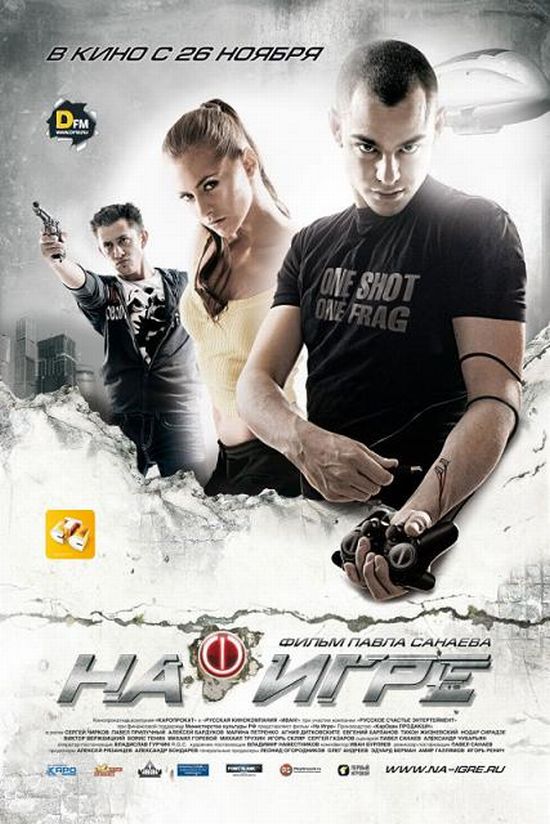 I’m sure if I thought about it long enough I could find flaws. But overall I was very satisfied with the experience of watching Hooked, a fun adrenaline ride from Russia that bests the majority of recent Hollywood action flicks at their own game. With the possible exception of giving the female characters little to do – in which category it performed consistently with most American blockbusters.

The premise is preposterous, but quite clever in it’s ability to setup the rest of the film. Six students compete as a team in a video game competition, each demonstrating their superiority in different game genres – from martial arts to first person shooters and driving simulations. Each takes home as a prize a new videogame that when played makes their computer go boom. Though it also has the interesting side-effect of giving them the real life abilities they previously only had in the game, which results in their own personal A-Team consisting of a small combat squad and a driver.

Before you know it they’re getting into trouble, gunning down a hardened brigade of soldiers and being tricked into working for organized crime. Which, duh, leads to numerous complexities, but few that can’t be handled with a fast trigger finger. Dabbling in the ethical complexities of their situations and an inability of some to treat real-life killing as different from their virtual universe, the picture could easily have gotten bogged down.

Instead, the filmmakers give brief nods to these moral issues while keeping the action fast and furious with an ever escalating count of plot reversals. There’s some plot about tracking down the other copies of the gamer to soldier converting CD’s – but that’s just a MacGuffin to keep the heat up on things.

Early on, I surrendered to the action onscreen and as such enjoyed the ride. Hooked does a nice job capturing the excitement of a truly fun video game and blending it in with some cinematic goofiness – and I mean that second part in the nicest possible way. I’ve since learned there’s already a Hooked 2 out in Russia, which I’d like to catch as well. There as in this case, I suspect it’s probably a good idea not to think to hard or long about the implications of the flick.