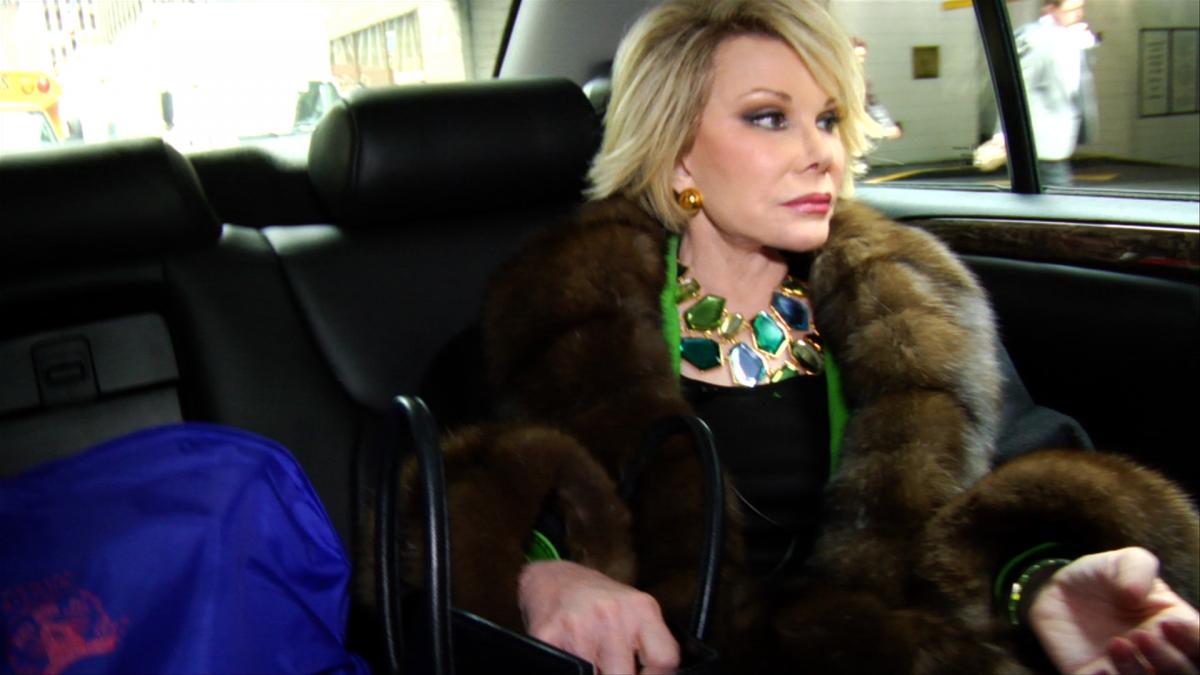 What a fascinating person Joan Rivers is. Driven, tireless, generous, intelligent, articulate, glamorous, but above all, fucking hilarious. Joan Rivers: A Piece of Work, by Ricki Stern and Annie Sundberg, takes us back and forth between the details of her life and the brilliance of her work. One cool scene shows the contrast between her absurdly opulent apartment and the towers of ancient grey filing cabinets filled with thousands upon thousands of notecards cataloguing every joke she’s ever made (one label reads “cooking; Tony Danza”).

The filmmakers clearly have a lot of affection for her (and, I think, hope you will too), but though they seem to be participating in a sort of canonization effort, they don’t do her the disservice of making her seem superhuman or infallible. They allow us to see Rivers’ ability to… if not delude, then at least mislead herself, particularly when it comes to her relationship with her daughter Melissa. Even those who traffic in absolute sincerity can’t always see themselves clearly. We’re all human, right Joan?