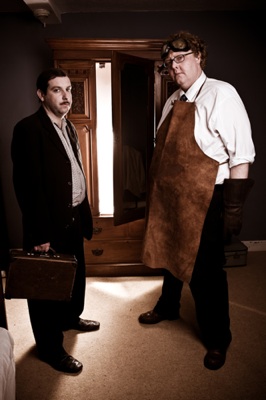 A surreal comedy from the UK starring two bickering (but ultimately likeable) British comedians, Skeletons is a humorous exploration of the things people hide.

Bennet (Andrew Buckely) and Davis (Ed Gaughan) are best friends and Extraction Specialists for a firm that works to clear the clutter out of people’s lives. They use specialized tools to physically manifest people’s secrets in their actual household closets – sort of like emotional Ghostbusters.

But when a case involving a strange family and a man’s disappearance lands in their lap, Bennet starts to question whether he’s cut out for the distant coldness that’s required of the job, and Davis struggles with an addiction to “glow-chasing” (the term attached to jumping into someone’s past memory and reliving it).

Packed with crisp British humor and touching moments, Skeletons may lose you a few times during some of the trippier memory sequences, but hang in there. Its charm will win you over by the end.