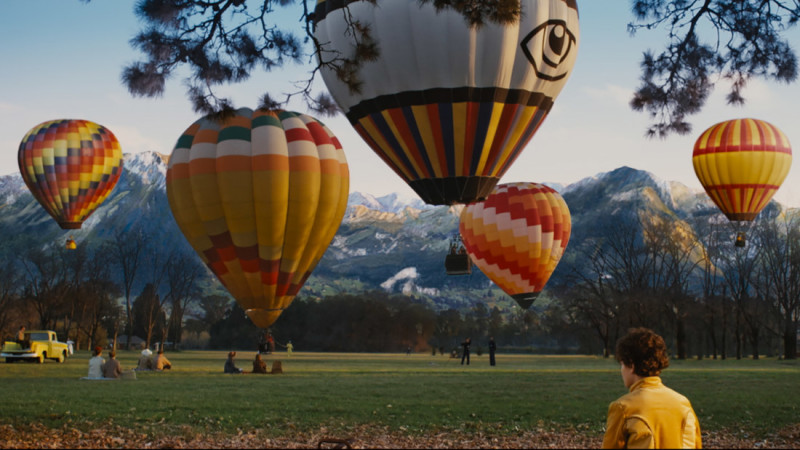 Here’s a super quickie review in case you’re deciding whether or not to take the kiddos to see The Games Maker today at Lincoln Square at 1:00. My kids (5 and 8) loved it enthusiastically and were shocked, shocked! that I didn’t give it a 5. Me, I thought it was a terrific premise solidly in need of a tighter script and better editing. But look, I’m being a spoil-sport. We get to follow our hero Ivan Drago (no evident relation to Rocky’s nemesis) to an entire town built entirely by game designers (let’s all move there immediately!). When he’s sent to an oppressive boarding school that maintains strict, grey-tinted discipline despite having quite literally sunk a story or two underground over the decades, he meets a girl with an extraordinary talent for going unnoticed and a clever array of gadgets and schemata. Fascist game designer Morodian (Joseph Fiennes, who steals the show) wears satin pants and rolls with Evil Genius classics (shark tank!).

Director Juan Pablo Buscarini’s obvious love for the book it’s based on infuses everything with a bit of extra brightness. Though (spoil-sport alert!) I have a suspicion, having never read the book, that some of the movie’s less successful parts may stem from excessive fidelity to the source material. It’s evidently a massively popular book in Argentina, but it hasn’t been translated into English yet. And I am now realizing that I am so much That Guy that I speculate the book is better than the movie even though I not only haven’t I read it, I can’t read it. Dear readers, any Spanish speakers who can confirm or deny my theory?