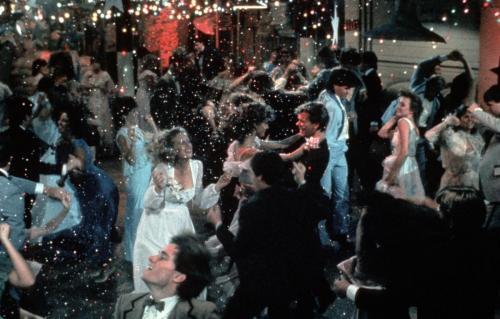 In case it’s not obvious, I am a huge fan of Kevin Bacon. A large part of this is because of Footloose, sure, because that movie came out right when I discovered dancing was the thing I loved to do the most—and HELLO: Ren McCormack was/is a stone cold fox. Plus: BEST SOUNDTRACK EVER. So good that I wore out my cassette tape in 1984… not once, but twice. But nevermind my Ren-obsession:Bacon is straight-up one of the best actors out there, and I never miss a chance to see him do his thing on screen.

If you feel the same way I do, you can’t miss the double-feature of 80’s classics screening this Tuesday, May 26 at SIFF Cinema Egyptian: Diner &Footloose. The next night (Weds May 27) is An Evening with Kevin Bacon, including a screening of his latest film: Cop Car. Hold up! How is this NOT sold out yet? I can’t even. If you’ve never been to one of these at SIFF, they’re really awesome. The guest takes the stage for a review of some of their most iconic film roles and engages in a discussion about their career before receiving the Seattle International Film Festival Career Achievement Award.

This is never your typical Q&A and it’s always my favorite part of the festival. Trust me: these SIFF “An Evening with …” events are totally, totally, totally worth your $$. I’ve been in insanely packed houses for these (Ewan McGregor) and lower-key events (Jeff Goldblum, who treated everyone to some piano after his Q&A). And last year Laura Dern was charming as all get out, had great stories to tell, and left me smiling all night. It’s a shame there weren’t more people to see her, because she was amazing.

Incredibly, there are still tickets left for all of these things! Wanna join me?

Diner
It’s been way too long since I’ve seen this Barry Levinson drama set in 1959, but I still remember that popcorn scene (ewwwwwww). I also remember that it’s funny and charming—and has a pretty stellar ensemble cast (in addition to Kevin: Mickey Rourke, Daniel Stern, Ellen Barkin, “The Gutte”, etc.). Plus: viewers will get treated to a Kevin Bacon Q&A after the film, too! {screens 5/26, 6:30pm at SIFF Cinema Egyptian}

Footloose
Jump back! I get to see Footloose on the big screen again?!?! Watching a city boy liberate a small-town high school from the tyranny of no fun is THE BEST. I used to be able to quote this entire movie front-to-back, but now that I’m old and my brain is feeble I only reliably remember Sarah Jessica Parker’s lines (“Don’t tell me that doesn’t curl your toes, Ariel!”). Mr. Bacon is going to introduce this screening, though I’m secretly hoping he sticks around for the end and it looks something like this. {screens 5/26, 6:30pm at SIFF Cinema Egyptian}

Cop Car
This dark comedy focuses on two 10-year-old runaways who find an abandoned cop car and take off with it—not realizing it belongs to a corrupt Sherriff (Bacon, with an impressive mustache) who’s stashed the body of a drug dealer in the trunk and is desperate to get the car back before anyone finds out. The boy’s joyride and the Sherriff’s pursuit making for a brisk, entertaining 88 minutes.{screens as part of An Evening with Kevin Bacon 5/27, 8:30pm, and again on 6/6, 11:55pm at SIFF Cinema Egyptian}