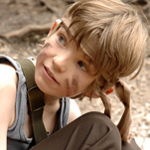 Has a year really gone by since Seattle's annual cinema megathon last took over the city? Yes, and get ready to start standing in queue, because the Seattle International Film Festival's 33rd edition kicks off 5/24 at Seattle Center's McCaw Hall with an opening-night gala and screening of Garth Jennings' buzz-heavy coming-of-age Britcom Son of Rambow. Flash forward to 24 days, several hundred movies, and countless pre-film projections of the freaky-pop animated "Find True Film" trailers later, and the festival concludes 6/17 at the Cinerama with Laurent Tirard's comedic French-language biopic Molière.

And I'll be there through it all, dear readers, covering the whole shebang just for you. Actually, SIFF started early for me this year: May 1, to be precise, when daily press screenings commenced at the fantastic new SIFF Cinema. And current circumstances being as they are, I'm able to represent TIG with full SIFF media participation for the first time ever, which means I'll have seen around 40 films by the time opening night rolls around, which means that this year I can give you rundowns and recommendations in advance.

More on that later. First, a topline overview of this year's slate.

2007's Weekend Gala Presentations include Julie Delpy's comedy 2 Days in Paris, Jacob Cheung's deceptively-titled war epic A Battle of Wits, Lars von Trier's office comedy (!) The Boss of it All, and the star-studded Evening, directed by Lajos Koltai and starring Meryl Streep, Glenn Close, Claire Danes, Toni Collette, and Vanessa Redgrave (one or more of whom may be here in person). And, I guess because these flicks just aren't homosexual enough, there's even a Thursday night "Gay-la" (!) this year, featuring something called Poltergay.

A newly-introduced Planet Cinema series, the first sidebar of its kind at any major film fest, kicks off the second week and showcases 16 films about the environment and global climate change issues. Our cinephile eco-citizenry can choose from offerings ranging from the mainstream (Arctic Tale, by the producers of March of the Penguins and narrated by, um, Queen Latifah) to the take-your-dad (NASA lovefest In The Shadow of the Moon) to the contemplative-arty (Jennifer Baichwal's Manufactured Landscapes).

Those three documentaries are part of a strong lineup of 60+ non-fic flicks, many of which will be featured in the three-year-old Face the Music program. The colon-heavy roster of titles includes Joe Strummer: The Future is Unwritten (directed by Julien Temple); Kurt Cobain: About a Son (yes, yet another Cobain doc, this one by Gigantic helmer AJ Schnack); Stephen Kijak's Scott Walker: 30th Century Man; Girls Rock! (about a Portland youth rock camp); and Clive Collier's Sanctuary: Lisa Gerrard, the 5/25 screening of which will include a discussion with the noted film composer and former half of Dead Can Dance. And in honor of the 80th anniversary of 1927 silent film Berlin: Symphony of a City, Kinski will perform its newly-commissioned live score during two special 6/15 screenings at the Triple Door.

Other nontraditional presentations can be found in the Alternate Cinema program, offering a boundary-pushing collection of features and shorts. Tsai Ming-liang's humanistic parallel-stories meditation I Don't Want to Sleep Alone, JJ Lask's computer-thief narrative On the Road with Judas, and Tropical Malady auteur Apichatpong Weerasethakul's seductively mysterious Syndromes and a Century are among the highlights.

Sir Anthony Hopkins' Slipstream, a multi-layered journey into the mind of an aging screenwriter, is also featured in the Alternate lineup. Speaking of Sir Anthony, he'll be presented with a SIFF Lifetime Achievement Award during a 5/30 tribute event which will include an onstage interview, film clips, and (to remind us that he actually used to make good shit) a screening of the 1993 Merchant-Ivory flick The Remains of the Day. (Whether or not fava beans and Chianti will be served at the post-event reception is TBD, but what has been confirmed is that Sir Anthony joins more than 200 actors, directors, and film pros scheduled to be in attendance at SIFF this year.)

And let's not forget the Shorts Programs, featuring 3- to 30-minute cinema nuggets that may rank among the best of the fest. Packages I'm most looking forward to: Deutsch in Miniature (German shorts); This Animated Life (various 'toon forms); Reduce, Reuse, Recycle (sequences and images reappropriated from their original contexts); FutureWave (international student filmmakers); and La Vida Homo (hopefully there's no explanation necessary).

All in all, SIFF 2007 will present 405 films (including more than 60 world, North American or U.S. feature premieres), representing 60 countries. Not being the nitpicky type, I won't make a big deal of some conspicuous omissions from the program — from former festival darlings, no less — like Wong Kar Wai's My Blueberry Nights, Catherine Breillat's Une Vielle Maitresse, Hou Hsiao-hsien's The Red Balloon, Kim Ki-Duk's Breath, and, most disappointingly, Guy Maddin's shot-in-Seattle Brand Upon the Brain!.

But, oh well, we'll have plenty to keep us occupied the next few weeks. And I'm here to help you navigate it all. Starting 5/22, and continuing each Tuesday during the festival, look for my picks (and warnings) for films scheduled in the upcoming weekend and week. And once the festival begins on 5/24, I'll also be blogging every single day, providing you a running record of one imaginary boy's cinema-induced bliss… or emotional demise. (Tune in to find out which. It should be entertaining either way.)

A constantly-updated scorecard of films I've covered will also be available. For this I'm sticking to the festival's 260+ non-archival, feature-length films only, because I can only do so much for you people.

Films screen daily beginning 5/25 at SIFF Cinema, the Egyptian, the Harvard Exit, Pacific Place Cinemas, the Neptune, and for the first week at the NW Film Forum. (No Broadway Performance Hall t
his year, and we all know it's for the best.) If you prefer the Eastside, bless your heart, there will also be 18 days of screenings (5/31 – 6/17) at the Lincoln Square Cinemas in Bellevue. Costs range from $5 for weekday matinees to $12 for Gala (or "Gay-la") films, and a variety of special package pricing is available — find more how-to info at the SIFF site.

Three Imaginary Girls are among SIFF's proud media sponsors for the third year running, and we'll be among some 3,000 revelers present at the opening night of the festival's 33rd edition. I'm taking all these 3's as an auspicious sign. And given the strength of this year's lineup, so should you.