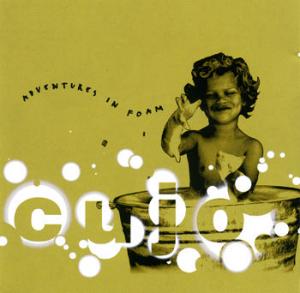 "The Sighting" by Cujo

I had a dream last night that involved a lot of stalking down dark streets, fighting people off with swords and assorted weaponry and generally being on the lam from some sinister force. This is a recurrent dream of mine, not specifically this one, but the theme of being part of a resistance movement of some sort that just needs to survive. I blame a lot of this on watching the mini-series V when I was in college when we were reliving the best TV of the 1980's. After watching V, where the Earth gets invaded by nasty aliens that like to do things like eat gerbils – whole and alive – I proceeded to spend an entire year having pretty much only dreams involving being part of a plucky resistance force fighting some, usually unseen, force of evil. They gradually got more and more violent and dark until finally, they stopped after a particularly gruesome one where pretty much everyone, me included, was killed. I still have some variations on this theme every once in a while, and I think if I could get anyone to soundtrack these dreams for me like I was some sort of later-day Wim Wenders filming my dreams, I would get Amon Tobin to do it.

Cujo is Amon's alterego, tending to be a little more electronic and less jazzy than usual, and "The Sighting" is a brilliant piece of sinister jungle, right down to the half-whispered samples about UFO's (see also Photek's "UFO" for that theme) and the eerie, distorted sequencer. I had, in fact, forgotten that this song existed until it came up on the Roulette Spin this morning, but the moment I heard the opening notes, I knew exactly what it was and was surprised that I hadn't heard it in so long. And just like clockwork, Cujo starts up the low, rolling beat and you've got the perfect musical accompaniment to apocalypse.