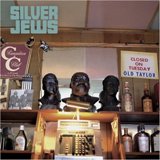 If it's an uplifting time you're searching for, you ain't going to find it with your friends in the Silver Jews. Tanglewood Numbers is not gloomy as such, but a melancholy mood permeates the album. This turns out to be a pleasant change from the dance-rock obsessed world we exist in (well, the indie rock world). Silver Jews exist in a dimension trapped somewhere between Wilco-land and Pavementopia and what we end up with is an album that has equal parts a post-punk rock sound and Americana twang.

David Berman, the only permanent member of the Silver Jews, has one of the more distinctive voices in the business, fluttering around in the Johnny Cash-baritone territory, but that's exactly what these songs require. However, that being said, I can't think of a situation that Johnny would croon "I love you to the max" as Berman does in the opener, "Punks in the Beerlight", a fast paced track that recalls early R.E.M. with a harder edge. Berman enjoys mixing love, regret and religion in his songs and it can be quite subtle in many cases, but all his lyrics are infused with an infectious nonsensicality.

In "K-Hole", Berman laments "I'd rather live in a trash can than see you happy with another man" but then quickly changes gears to "closed sign in the window of the liquor store, better get inside the kingdom and close the door".

Sometimes, the Silver Jews border to straight up hoedowns! "Animal Shapes" has a fiddle than the Devil would envy and sounds like the sort of music a middle aged indie rocker might play for their kids: "God must be carving the clouds into animal shapes".

In a bit of a White Stripes turn, "How Can I Love You If You Won't Lie Down" rips along with some growling guitar, driving percussion and, well, banjo. Rarely do you find the combination of the words Fast cars, fine ass, these things will pass and fine finger plucking on the banjo, and in that, we find some of the understated beauty of the Silver Jews.

"Sleeping is the Only Love" and "The Farmer's Hotel" have the most obvious Stephen Malkmus influence on the album, with a jangly spirit with attitude. "Sleeping…" has an infectious love song, albeit not your most prototypical love song, with Berman confessing "I'd crawl over fifty yards of burnings coals just to make it with you" and if that doesn't tug on the ol' heartstrings, I don't know what does in this day and age.

The odd country/city clash that surrounds the Silver Jews is displayed prominently in "The Farmer's Hotel" with Berman's liberal pronunciation of abattoir (read "abertwar") and chronicles a night getting stuck in a backwater town in a sort of stream-of-consciousness lyricism.

The Silver Jews seem like an anachronism when lumped the "hip" bands in this day and age: they prefer to keep laidback and reach into the Appalachian sound that surrounded the Tennessee studio the album was recorded. Tanglewood Numbers is strong when it both sounds new and familiar simultaneously. Berman captures the tattered, working class backdrop that the Silver Jews fit into perfectly and you're left wondering what would have happened if indie rock would have followed this path instead.