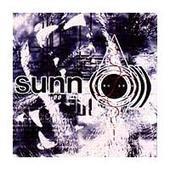 At once I became disoriented, everything grew hazy, I could barely see the people five feet away. I was hungry and full at the same time. My mouth, dry. My brain was pulsating against my skull, ear drums quivering. Teeth clattered together ever so slightly. Off in the distance, I saw black robed beings, the one in front had an indistinguishable face: was it a mask? As I stood against the railing in awe, I didn't know how much more I could take; part of me wanted to leave, the majority wanted to stay.

It may sound like I was on a drug trip, but quite the contrary — I was merely at a Sunn O))) concert at Neumo's, stone sober. An honest fact is the thought has crossed my mind to perform sound wave tests on human flesh to discover the effects. Apparently I'm not alone, as the Seattle turned LA duo and their friends who comprise Sunn (really a collaboration of metal musicians) virtually have that very purpose.

To elevate the concert to a new level, the entirety of Neumo's was bathed in fog, thus the hazy sight. Talk about a nightmare for house security. The band really did come out in cloaks they call "grimrobes," the "singer" wearing a red hood over his head. Blue and green lights shone lightly, mixing with the fog, creating an underwater like appearance. I'm pretty sure I was one of the few in the venue not into metal or wearing black all the time.

With a literal wall of amps and their own sound producer in tow, Sunn create a frequency soundscape to a deeper level than most, deep enough to surpass auditory and into physical assault. Their music is an ambient realm of continuous fluctuating exercises reaching the Abyss.

For me, these bone vibrating rhythms created the described feelings, similar to being stoned. A mild case of heart burn was stirred up as well. Despite any slight discomfort, the ordeal was rather therapeutic. I left the concert with a sense of having meditated for the hour and a half. Walking home, I felt at peace. When the vibrating in my head subsided, after about a half hour, I actually slept better than I had in weeks. A hard sell and definite acquired taste, but I would recommend a Sunn O))) encounter for the bodily and otherworldly experience.