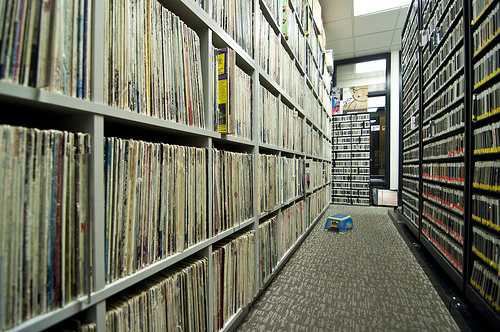 Summer lovin’, had me some jams!

I recommend all these tunes because apparently I can't stop playing 'em: here's a quick alphabetical assessments of what's been hummin' in my iPod on Metro the past few weeks!

The Blank Tapes, "Coast To Coast" from the album Vacation

A little Zombies-meets-Badfinger surf hippie flower power pop from this (not surprising) SoCal band. The Blank Tapes is Matt Adams, an eight-track addict who piles on the tasty garage riffs atop lyrics about throwing the gear in the van and leaving baby behind, and not necessarily paranoid conspiracy theory podcasts. (Although there is a line about "Waking up the ghosts ….") Breathy a-has, peeling oranges, the radio is playing, as Matt and his pals hit your town. Sample lyric: "Malibu/touching you." Currently touring everywhere from Huntington Beach to Santa Cruz. I imagine they always will be, happily.

Evan Dando had something to do with the origins of this band, which I find confusing and yet somehow understandable (still a damned shame about Ray). But the deep adoration comes for Fastbacks' legendary bass goddess Kim Warnick's vocals on the A-side here, a jumping, joyful, but gentle lyrical variation on the meaning of Blondie's "One Way Or Another." And co-creator Mikey Davis takes the mic on the just-as-great pining and slacker days-celebrating B-side "lazy Days." Both are chockful of chiming, grinding hedonistic thrills, in the sunshine, by the fire, wherever life-loving major chord happiness can be found. A perfect match!

Daughn Gibson, "The Sound Of Law" from the album Me Moan

This sounds like a dust-kicking American Gothic soundtrack to a big 70s car racing movie, with celebrity-stars like Burt Reynolds but also some sinister dude like Jack Nicholson in an inimal subplot sabotaging the prize, or maybe in-between in some oil-saturated slice of life like Two Lane Blacktop. Anyways, next track on the Sub Pop elpee is "Phantom Rider" which is just as good, and the whole thing is certainly worth owning. Rumor has it this Pennsylvania truck driver's sound is a new thing, and it certainly drawls well and peels out of the parking lot slow. Neat neat neat nocrturnal automobile-soul rock. I give it two bong-loads and a box of Pine Tree air fresheners.

Like a much more friendly (and queer and cool-weird and not at all violent) take on Spring Breakers, all tinsely keys and Top 40 melodies, floating from scenes like "John Waters' soiree" and "Mink Stoles' birthday," deejaying, taking "god knows what and danced till dawn," getting into clown's shoes and waking up with two friends in the same bed after sleeping for half a week. This is probably the happiest thing Stephen Merritt ever wrote, and it's gloriously transgressive while being awesomely frisky. Really gorgeous and fun and would be blasting out of every passing car stereo if a true tastemaker like John Waters himself ran the country.

This is a tough choice — Pale Green Ghosts has several stand-out tracks, including "GMF" (just wish the bass was more boss on that one, a la "Walk On The Wild Side" or something), and this is a crack-rock chunk of a masterful four song-set closing out Grant's antagonized, thoughtful, emotionally eviscerated and yet empowering full-length. But this is the deliciously dark heart at the center of the whole damned thing: John pines for mentorship from an ugly but undefeated man, to stand up to heartbreak and kick it in the neck. It's slid out on creepy sleek beats, with a perfectly hovering and confident vocal delivery evoking startled confession besides a little lust. And then some dirty junked-out sax work creaking up the middle to the last crack of dawn. A seductive, vulnerable anthem for the wrong men and the worse men who love 'em.

Low, "Plastic Anthem" from the album The Invisible Way

You have been on the decline for many years. But you're still here, even if you have ended up in an SRO (single room occupancy) apartment in the worst edge of downtown, wondering how you could have not gotten here with how you used. You own a whiskey-slobbered acoustic you can bear to pluck a few notes on, the little percussion thing she used to play with you when you would busk. You used a lot, and it ended up you used everyone. You are trying to find a way to fill time between meetings where you can't hear a thing anyone else says except for the two or three people you'd like to strangle to death. But that was decades ago, and no amount of more use will ever make those voices go away. You could be a deposed king, you could be the biggest junkie in the world. But your blue book with all those notes are going to burn or wash away in an alien invasion, where the only thing left will be the plastic cup they're making you piss in. [Ed. note: BRAVAH, HEATHER. I'm buying this as we speaktype.]

The National, "Demons" from the album Trouble Will Find Me

Yeah, the protagonist here has gotten used to some level of success. But as the electronically-skuffing midtempo journey flows into a well-recorded basement of high-functional addiction-compliance, he actually starts negotiating God, though that one-sided "dialogue" never delivers him to blessed sleep. The sun is coming up, but that way he only sees the snakes more clearly in the pit around him. "When I walk into the room / I do not light it up / Fuck." There's still love though — all of it completely unrequited. If you've settled down with your demons too, take this out for a walk around the Hill or through Ballard on a sunny afternoon, smiling back at everyone else in this very comfy purgatory like they were a mirror.

Pony Time, "Kathleen Hannah" from the album Go Find Your Own

A near "Louie, Louie" rhythm charges as the avatar within "girls to the front and boys to the back" is righteously and joyfully celebrated ("it's you!"); the voice could be a Brit post-punk gal back in the day making Marianne Faithful-esque croak-bray, or an everyday Seattle woman giving rough salute to punk feminism and getting heartbreakingly tender singing the very last note of her hero's name. I love songs about the people we can't help but all love, sung with personal fire. Make songs about your friends; beat out jams about your heroes.

Wimps, "Grump" from the album Repeat

And here we end up back in the surf again, but it's the nasty end-of-night surf, after a day thrift shopping with B-52s, screaming along with X-Ray Spex in the trashed Cadillac you stole with your pals to cruise out to the beach, running into Geza X on some sound-waves. Cranky on crank and cranked up really high all at the same cesspool-swimming time, past cheeseburgers and bad routines and festering habits and the oozing complaint file ("it's all downhill from here"). Thank damaged goods for crunchy two-note riffs piled into a foot-stomping chorus: "You may be sick of me but don't be such a grump!" As Kierkegaard said about repetitions, this way brain-shattered bliss lies if that's your nitrus gas-bag. (Rest of this album's a bracing kick in the nutsack from your deep crush too; don't miss it.)