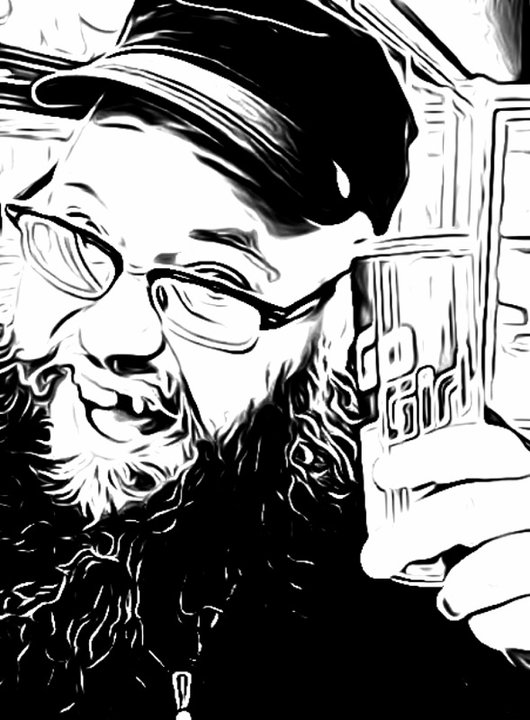 This year's Capitol Hill Block Party kicks off the weekend days (after a thrills-packed Friday night) with JK POP, a Japanese and South Korean-obsessed groovy disco explosion, at the Vera Stage. This is a really cool idea, an all day dance party starting and weaving through the other shows happening at the Vera; "Look at me, I'm CHBP 2013, all conceptual with how I part-ay!" Unfortunately, I get lost in Uwajimaya and if I try to dance in public will probably be viciously tazed by every policeman on that particular strip of the Block Party street for being a sweaty furry menace2society / all the kids in the vicinity. "Shocked us some wild-life, Jerry. So there's that. 10-4. Let's hit the Pony."

Block Party 2013, you're so funny! Last year you tortured poor brilliant and beautiful Nightmare Fortress by having them play Neumos at this time o'day! But at least it was dark in there! (And they still kicked ass.) Now it's Youryoungbody's turn to hiss, "I'm melting, I'm melting!" at the daylight. Duh Cripe seems like a (dapper) soldier though so am sure it will be worth catching. Hoping they can make the best of this sitch too, but it's actually kind of spooky, not unlike the band's own twisted, loop-based dream femme fatalism: who thought a goth band at two in the afternoon AND on an outdoor stage would make any kind of sense at all? Is there some sort of devious anti-goth booking agent behind this? Maybe it will make a perverse kind of sense, like how Robert Smith wears those puffy sneakers with his outfits (sez the guy in sweapants).

Of course everyone at this time will probably be at this show. The street is going to fall in like that big hole that happened in Mexico. Sugar-sweetened and midnight BBQ tequila twangy ennui gurl-group guitar bomp is the new act of God! We're all going down into the hole. If Tarantino discovers them he will make a movie about their lives, a revenge tale about liberating themselves from a cruel bastard thief manager by cutting off his head with their droney, tweaky guitars and playing delicious organ and slowly shimmying at his festive funeral. It's all soft dream kisses and sweet breath death and bourbony backing vocals. The buzz on these women is so buzzy it literally buzzes off the tongue of all those who buzz about them. Buzz. Buzz La Luz. Don't muz 'em!

Yay! I get to rave about Rose Windows now! Because I really dig 'em, and I am really happy that they are coming on early so I can hear them while I'm still fresh and untazed (fingers crossed). Though their mother nature-loving dusky folky freak-pop is probably best enjoyed in more intimate surroundings (and stoned till your face drips off its head and hides in the freezer), their debut album The Sun Dogs on Sub Pop will be a pleasure wherever it's experienced. And: "Are You Experienced," Spaceman? Because Chris Cheveyo has his groove on, and this inner-scene soul-stream is straight from the Central District, beautiful organic Seattle seeds-and-stems-removed old style skunk, smoking you out on a blissful cloud of massed vocals (and the awesome lead Rabia within), and some inventive things you pluck and pick and pummel softly. This is going to feel as good as when you stop waiting for the man, because you just said yes.

Unfortunately, you hate hippies and Rose Windows isn't working it for you. Know what I would do, you little punk? Go see this band, made up of brothers from Android Hero, Absolute Monarchs, and Deadkill, who team up to go team gob and spark shit for King Mob. It's a tough guy act, but act is short for action homes so this will probably hit. You. In the ears.

Rappin' queercore now is the sounds called Bounce, it is a thang exploding from house party to the Main Stage, represented by Big Freedia who apparently terrifies timid indie pop fans when opening for their favorite bands. No reason not to check it out, then!

No, this isn't all happening at once, well — actually, it is, it's just two separate shows I want to be at at the same time. I love what Vox Mod does and I love Killer Mike. Rats! Wish they was all jamming together. That would be weird and cool. Make it happen for me, CHBP 2014! But seriously, if you love instrumental innovation through oscillating sounds, hit VM. If you want to see a couple of guys storm and stomp and churl and chant some frenetic hip-hop, that would be the other mash.

I never miss TacocaT! NEVER! Every chance I have to see and hear 'em I will! Their lyrics are better (funnier, wiser) than most bands, their music is always strong and inventive, and I have never seen them not cheerfully enflame a crowd with great vibes. It's like being there in the early days of Blondie where you just knew a band "got" all the cool things about life (b movies, silly scandalous behavior, trashed glamor and trash talk, infectious inside jokes, et al). Many cheers for TacocaT!

Going to be holed up in the punk pop party of the Cha Cha for awhile this night! Pony Time are also one of those perfect two person bands, and they match bright and bitter and observations to tough, sexy punk-and-post punk sounds. Luke and Stacy (she's from Iowa; how do you get so pissed off in Iowa?! It's such a nice place) seem to be more on the grouchier off side of things topically, which is fine, because their garage angst sounds like fresh gasoline smells. Got a match?

If you want to toggle from political-personal punk to full metal jacket skronk, Barboza is the place to go now, for some DOG SHREDDER. They shred like Vietnam in a can! Lots of notes played very assertively, yet organically (not loud for loud's sake, loud for psychic movement's sake). Set your controls for the heart of hell with a band named after some sort of bloody device I NEVER WANT TO SEE.

Keeping up with Pickwick is a Seattle thing to do! We're proud of 'em changing horses mid-stream (what the hell was that horse doing in the water? Why'd you put the horse in the water, Pickwick?!) like they were Dexy's Midnight Runners or something. (There: I said it, someone had to. Whoops, I forgot that I am so old I know what that means and most people reading this probably don't.) I truly admire such ambition and I am hoping this will be a blast, as I hear they can be live. (They were a high point of the Doe Bay doc a couple summers ago.) Will they wear overalls? Chase a girl down the street from the Main Stage whilst chanting? No, I kid, I kid. I swear to you, at this moment, Pickwick means everything.

Don't miss: day one (Friday) recommendations, just a few skips back over here.