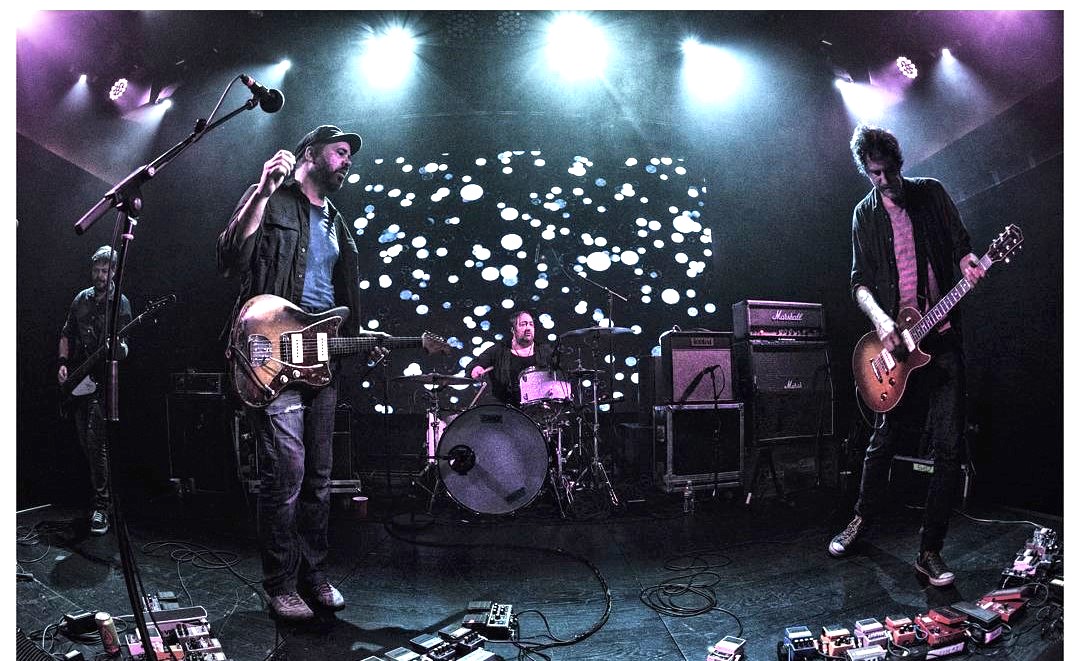 Although Swervedriver was in town as an opening act promoting their new album, Future Ruins, back in April, they are just wrapping up an autumn headlining tour throughout North America. On Sunday evening, they were back in Seattle and put on an astonishingly good show. Seeing them at the top of the bill also meant that they were given a longer set to showcase their incendiary psychedelia.

In April, they primarily performed material from their two most recent albums, I Wasn’t Born to Lose You (2015) and Future Ruins (2019). The new record had the same four songs included in the setlist on Sunday as the prior show. Of those, the title track and “The Lonely Crowd Fades in the Air” sounded particularly strong live. Only two tracks from I Wasn’t Born to Lose You made it into the performance this time, “Autodidact” being one of the highlights of the evening.

Having more stage time also meant that they were able to play more classic 1990s material. Their debut album, the absolutely brilliant Raise (1991) had five of its nine songs included in the setlist. “Son of Mustang Ford” was frenetic and explosive while “Deep Seat” saw the band locked into the bass groove that propelled the song into ethereal territory. Album opener, “Sci-Flyer” was given a rare performance and sounded incredible live, while the classic single, “Rave Down” closed out the evening in blistering form.

The acclaimed sophomore record, Mezcal Head (1995), had two of its outstanding songs featured, “Duel” and “Blowin’ Cool,” and era standalone single, “Never Lose that Feeling,” really kicked the performance into high gear with its simultaneously atmospheric and rocking melody. The highly underrated and underrepresented Ejector Seat Reservation (1995) only had one song performed, but it was one of the best of the night, “The Birds,” a track that contains the perfect combination of pop and rock elements. That one should be a concert staple for the group, especially seeing the crowd’s enthusiastic response.

Their set came to a close far too early, but it was wonderful. Swervedriver was loud and in command. The interplay between guitarists Adam Franklin and Jim Hartridge was nothing short of phenomenal, considering how loud and complex their interwoven parts are. They sounded shockingly flawless. The rhythm section, including ex-Supergrass bassist, Mick Quinn, held their swirling, burning melodies together. It should also be noted that The Columbia City Theater was a fantastic venue for the band. Its intimate setting was just right for the performance and it is one of the better mid-size venues in town.

The Lonely Crowd Fades in the Air

Planes Over the Skyline