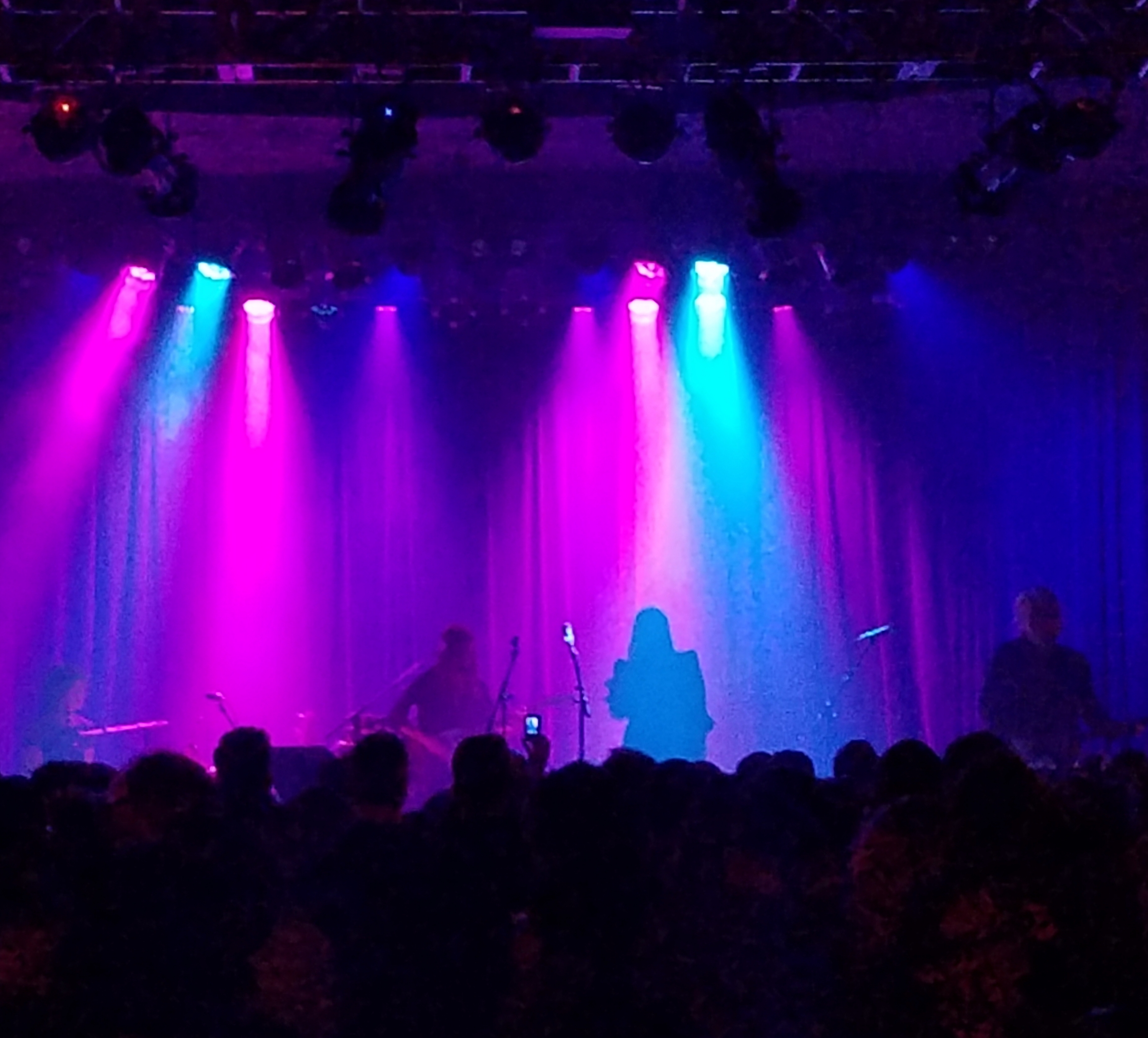 Cat Power Live at The Showbox

On Wednesday evening, Cat Power was in town promoting last year’s release, Wanderer. After 10 albums and many tours, Chan Marshall seems much more comfortable in her own skin these days, as evidenced by her confidence on stage in Seattle.

After her band had taken the stage and were tuning for a few minutes, Marshall strode up to the microphone and began singing Moon Pix‘s beloved “He Turns Down.” The lights were low throughout the entire performance, which was not surprising and also created an intimate atmosphere for her music. Shades of blue are purple were predominantly cast upon the group. Several songs from the new album were featured in the setlist, including the excellent tracks “Horizon” and “In Your Face.”

From her older albums, Moonpix (1998) received the most attention with a handful of selections chosen, “Cross Bones Style” being one of the highlights, while You Are Free (2003) The Greatest (2006)and Sun (2012) had just one song from each included in the performance. Marshall’s sultry, smoky vocals were strong from start to finish and her band, who stayed in the background faithfully performed her music. Perhaps the pinnacle of the performance was “Great Waves,” a Dirty Three song from 2005’s marvelous Cinder. Cat Power provides vocals on the original studio version and this was an unexpected and fabulous addition to the set.

Another interesting part of the concert was the choice of cover material that was performed. There were a handful of medleys played, one of which included Nick Cave and the Bad Seeds’ “Into My Arms” and Sinead O’Connor’s “I am Stretched on Your Grave.” Another started with a great rendition of Nico’s “These Days” and her set concluded with an energized version of The Boys Next Door’s teenage angst classic “Shivers.”

Setlist (not exact, but close):

He Was A Friend Of Mine/Shivers