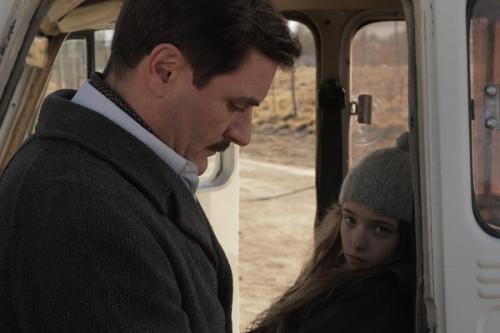 {The German Doctor opens in Seattle on Friday, 5/23 and is screening at Sundance Cinemas Seattle & Lincoln Square Cinemas}

Eeeesh. From the moment you see Àlex Brendemühl appear on film as German SS Officer Josef Mengele in The German Doctor, you get the wigs. While hiding in South America, Mengele meets a family traveling to re-open an inherited hotel + a doll factory (what), and takes a creep-tastic interest in their 12-year-old daughter Lilith. Although it’s not the type of creep you might expect; the doctor is actually interested in using Lilith to continue the human genetic experiments he was running at Auschwitz. Like I said, EEEESH.

Things get even worse when he finds out Lilith’s mom is pregnant with twins, and Mengele realizes he can experiment on them too, injecting the same “hormone growth serum” he’s been giving Lilith into one of the babies in utero, and doing god-knows-what-else to the other. DOUBLE EEESH. Weirdly, mom and daughter don’t seem to think there’s anything wrong with the doctor giving them both injections, or with him keeping a extremely detailed journal filled with sketches punctuated by “scientific notes.”

Even the family’s patriarch, Enzo, doesn’t find anything strange—totally missing obvious clues, like the doctor suggesting they use their doll factory to produce only light-skinned, blue-eyed, blonde-haired dolls with perfect, unblemished complexions. Hmm. Yeah. Suspicious, much? It’s a curious photographer/archivist named Nora who finally clues Enzo in to the fact that their family friend is actually the exiled Mengele, but by the time he figures it out, it’s almost too late.

Director Lucía Puenzo has crafted a fascinating story—partly based in history, partly in fiction—adapted by her, from her own book of the same name (Wakolda). The film moves quietly along but packs a ton of tension, with Brendemühl’s expressive performance providing an unsettling tone, and the sequence where all is finally revealed unfolding in a fascinating and devastating way.

And I’ll say it a third time, just so you understand the creep factor: EEEESH.