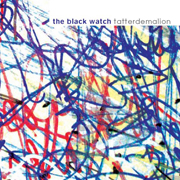 Tatterdemalion, the most recent release by The Black Watch, is the band's thirteenth release. Yes, 13 releases. Shocked me too, that a band this good could be around for nearly two decades and not be on radar.

John Andrew Frederick leads the Los Angeles-based four-piece into a swirling, droney mass of shoegazer glory reminiscent of the best Jesus and Mary Chain moments mixed with the pop sensibilities of Pavement. The acidic guitars overlay poppy up-tempo jams and down-tempo lulls, with booming drum fills and beautifully layered vocals. The net effect drives the album forward even on the slower numbers.

Highlights include the title track and "Williamsburg," both of which could easily find a home on modern rock radio. "Her Jet Black Hair" is a swoony indie-rock love song, full of lyrics that imaginary girls everywhere can appreciate ("Her jet black hair is in a careful mess and she's ripping up in that short vintage dress"). The quiet "Blue Umbrella," is a modern day ballad that would fit nicely on any playlist for a girl you're trying to date. (Note to dudes: this is definitely crush-worthy music. Test it out next time you're trying to catch the eye — and ears — of that cutie with mussy hair sitting next to you.)

Frankly, it's intimidating to review a band that's been around for so long when you've never heard them once before. I feel better knowing it took Frederick two months to write, twelve days to record, and "20 years to make" according to the band's bio. Better late than never on all fronts.