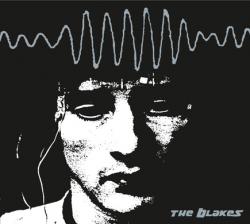 Local boys The Blakes keep churning out the releases! Just on the heels of their debut full-length is Streets, a five-track quickie that includes three songs from the self-titled LP. I'd actually consider this an expanded single, though they're billing it as a stand-alone EP.

The two new tracks, "Die" and "Village Green," feature the threepiece exploring their psychedelic side. I can't help but think of The Beatles' "Magical Mystery Tour" days on both songs. And "Village Green" wanders Down Under toward The Vines' sound: strained, long-drawn-out vocals, minor keys, and subtle angst.

The new material isn't their best (I tend to prefer their straightforward rockier numbers). But the EP is worth picking up as a collector's item: It's foil-stamped and oh-so-shiny.