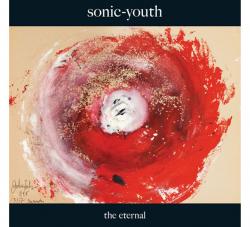 “Smash the moral hypocrisy” is one of the lines in “Anti-Orgasm,” one of the many standout tracks on Sonic Youth’s brand new landmark album, The Eternal. The epigram is not only standard fare, but is also a sign that the group still has the characteristic unsettled angst that it is known for. After countless classic albums, the band still has the gritty edge and intellect that defined them some twenty-five years ago.

The Eternal marks a return to an independent label, Matador Records, after an impressively long running stint with Geffen. The album’s twelve songs meld together amazingly well. By the time that the record’s closing tune, a nearly ten minute long epic “Massage the History,” ends, it is clear that this is another highlight in a historic career that has already been full of so many.

With distorted guitars, Sonic Youth creates a canvas of craftsmanship that is all their own. In “Malibu Gas Station,” Kim Gordon sounds at once seductive and at the same time, menacing. Her voice, incredibly, does not seem to have aged over the years. The other thing about this legendary act is that they continue not only to remain consistent as hell, but are still making records that rank up there with their best.

With aural chaos and pervading anti-establishment sensibilities, The Eternal is effervescing with beautiful grime soaked melodies. Again, there is no filler, just a dozen new tracks that sit adjacent to one another in cohesion. These songs are fantastic additions to Sonic Youth’s remarkable career. I don’t know how much longer that they can continue in this fashion, but this new LP is certainly top notch material.