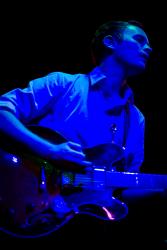 The first shock of Friday evening was when Jens Lekman walked on stage at the Crocodile Café to introduce his opening act; Tig Notaro, better known as Officer Tig from The Sarah Silverman Show, a stand up comedian.

The second shocker was that after Notaro, no more instruments were brought to the stage. How could the sparse set-up of a guitar, bass, violin, and drum kit create the sweeping orchestral sounds that make Jens Lekman’s songs? Then I spotted the laptop. It’s disappointing to see a live show where an artist plays along with their recorded material, but given the magnitude of musicians Jens has worked with on his albums, it’s understandable that he couldn’t get them all together for a tour.

Despite the minimal setup, Jens delivered. This is a man who loves to play live. You could tell by the vacant savant smile that projected from his oh-so-Swedish features, out over the crowd. He opened with, “I’m Leaving You Because I Don’t Love You,” and transitioned suddenly into “The Opposite of Hallelujah.” Both songs off of Night Falls Over Kortedala got the crowd enthused as Jens ended playing air xylophone.

Another testament to Jens Lekman’s love of performing was his delight in audience sing-alongs. As long as Jens was singing the audience wouldn’t shut-up. But at the last chorus of “Black Cab” he went silent and the epic scope of the song’s finale was lost as the audience failed to fill in. It was as if they realized just how tone deaf they were once Jens’ sweet, pitch perfect vocals weren’t there to drown them out.

Giving the crowd a chance to redeem themselves, Jens pulled the smallest feather ever from his pocket; “For this next song (“Your Arms Around Me”), I want you to keep this feather in the air for the entire song.” But the audience dropped the ball, or should I say feather, once again. The violinist actually stopped playing to save the feather from certain doom on stage and delivered into the hands of a Swedish girl up front, who shamelessly put it in her purse. Way to let Jens down.

But, she can't be blamed. Almost anyone there would've cherished a piece of Jens' pocket lint if they could've got their hands on it. Lekman and his band garnered unconditional admiration with their charming antics. Clad in outfits of matching red and white color themes, all of them were doing the side-to-side indie bop with their instruments. Even the guy manning the laptop got into it and, leaving “Sipping on The Sweet Nectar” playing solely from the computer, came out and joined the entire band in a spinning, arms out twirl. And during “Maple Leaves,” the EP version, Jens used the bridge to break into the chorus of The Ramones, “Do You Wanna Dance.” And dance they did.

“Maple Leaves” wasn’t the only song revamped for the live show. “A Postcard to Nina” was performed as an unabridged, spoken word narrative. In it, Jens gave an awkward moment by awkward moment account of eating dinner with Nina’s uber-German father. Notice how I haven’t mentioned anything about new material? The only unreleased song played was “The End of the World is Bigger Than Love.” The song starting sounding like The Smiths until a syncopated chorus, dominated by the drums, broke in and the song became unique to Jens Lekman’s light rock caché , which is mostly influenced by his love of power ballads.

It’s a great feeling to see a band play songs you know and love, but there was the hope that this tour would signal an upcoming release. How long must we wait for this Swedish sweetheart to rose-tint the gray day-to-day with more romantic and sentimental witticisms? Come on Jens, leaning the mic up against your heart during “Sweet Summer’s Night on Hammer Hill” was a tease. Don’t just amplify your heartbeat, bleed it into another album that can be cried and danced to at the same time. 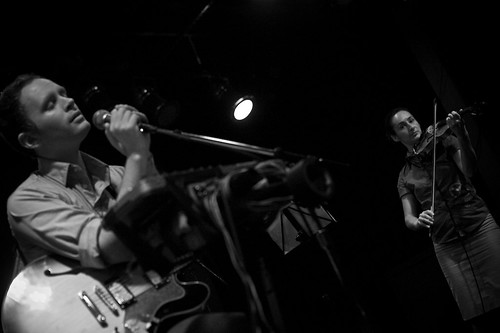 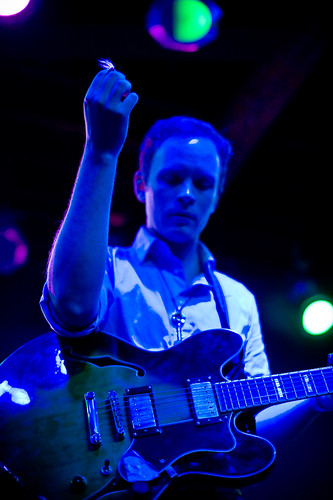 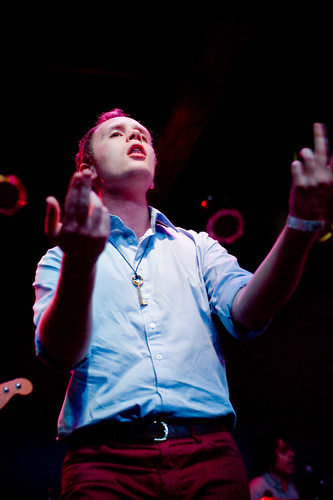 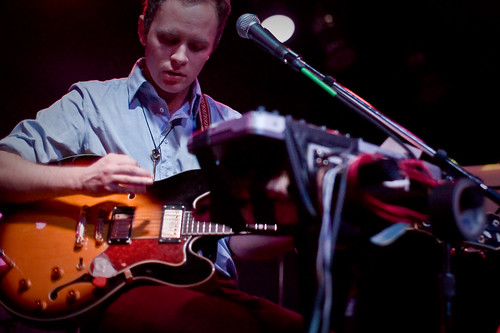 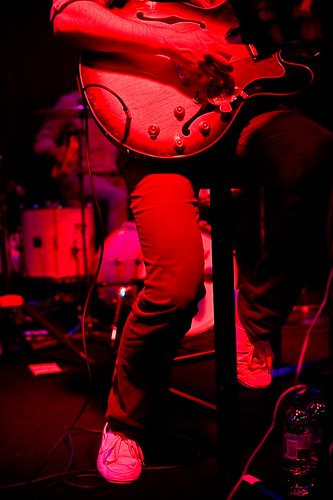 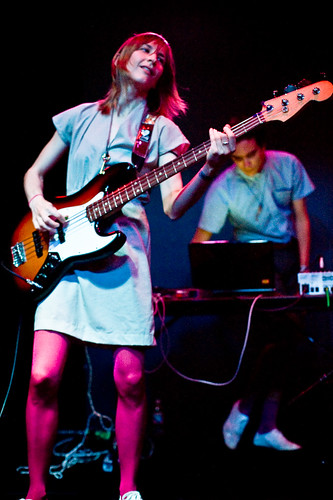