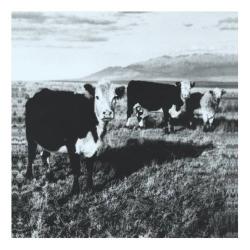 If you have read my previous reviews of Mark Kozelek's recent releases you may recall that I am a huge fan of the Red House Painters. The stark honesty and fiery, careless determination on those 4AD albums never ceases to leave me impressed. As the years have gone by, however, Kozelek has become predictably complacent, relying more on beyond mellow covers than his own self-penned material. The Finally LP is an odds and sods collection of mostly cover songs that is book ended by two lovely original instrumental tracks.

Those instrumental songs are "Piano Song" and "Gaping Mouth." The former is simply gorgeous. It took me a while to even pick up this new disc because I wasn't sure that I would be moved by it, but "Piano Song" in itself reveals that Kozelek still has some shadows creeping in his heart.  It is similar in structure and guitar style to Sun Kil Moon's beautiful "Duk Koo Kim." Red House Painters drummer, Anthony Koutsos, even plays percussion on the song. The album's closing number, "Gaping Mouth," was used as a soundtrack to a short film of the same name. It is nowhere near as melancholy as the record's opener, but still has a pretty finger picked acoustic guitar melody nonetheless. The second half of the song recalls the dexterous ability of folk genius John Fahey as well.

Two of the covers are rather impressive as well. His take on Will Oldham's "New Partner" is a luscious achievement. The drastically reworked tune is classic modern Kozelek and even the lyrics sound like they belong to him as well. Also, there is a great version of "Lazy," a song that first appeared on I Could Live In Hope by Low. His vocals are passionate as his voice quivers on this take, something that was sorely lacking on last year's April.

Of course, there are also some real stinkers on this release, but I don't need to get into that right now. The tracks that are memorable and inspired definitely make The Finally LP worthwhile if you are a fan of Red House Painters, Sun Kil Moon or Mark Kozelek in general.